Advertisement
HomeBOLLYWOODENTERTAINMENT NEWSTaapsee Pannu all set to team up with Gulshan Devaiah for Ajay Bahl's thriller?

Taapsee Pannu all set to team up with Gulshan Devaiah for Ajay Bahl's thriller?

Taapsee Pannu, who is currently busy with her next Shabaash Mithu, is reportedly all set to be a part of yet another thriller with Section 375 director Ajay Bahl. What more? The actress is also said to be sharing screen space with acclaimed actor Gulshan Devaiah.

According to a leading daily, "Taapsee had seen Ajay Bahl's 'Section 375' and the two chatted over the phone after that, almost promising each other that they shall work together in the near future. One day, Bahl got a call from producers Echelon and Outsiders asking if he would like to direct a thriller that they are planning. Bahl was told upfront that Taapsee was already on board. Bahl too liked the idea and soon started on the pre-production work." 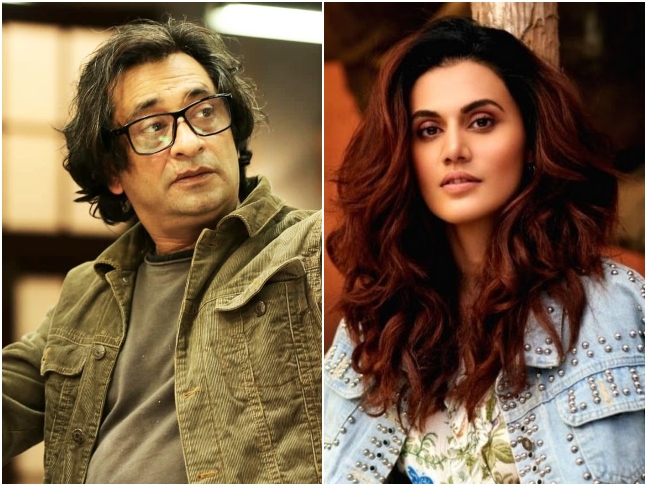 Recommended Read: We have come far from the times when Best Actress nominations consisted of actresses in hero-driven films: Taapsee Pannu on her award for 'Thappad'

It is also heard that the film will go on floors in Nainital in mid-June and the makers plan to complete it in one schedule. Gulshan Devaiah is being considered for an integral part, probably even as the leading man. The modalities are fast being worked out and the balance cast is yet to be decided. A source said, "Bahl feels Taapsee is the right choice for the role and eagerly looking forward to working with her."

However, no official confirmation has been made yet.