Advertisement
HomeBOLLYWOODENTERTAINMENT NEWS‘Hope you’re not compared to me because I have done 300 films and this is your first,’ reveals Janhvi Kapoor on what mom Sridevi said about comparisons between them

Janhvi Kapoor made her big Bollywood debut with Dhadak opposite Ishaan Khatter and directed by Shashank Khaitan. Although Janhvi’s mother, veteran actress Sridevi passed away before her debut film released on screen, she was always worried about Janhvi being compared to her.

Talking about the same in a throwback interview with an online portal, Janhvi shared that her mother was always anxious about her pursuing an acting career.  Janhvi had reportedly said that her mother hoped that she would not be compared to her as she had done more than 300 films and Dhadak was her daughter’s first. On being asked about the expectations from her very first film and comparisons with her mother, Janhvi said, “Yes, definitely. Earlier, that was something my mom would worry about. She had once said, ‘I hope you’re not compared to me because I have done 300 films and this is your first’. I, somehow, never thought about it. I feel the pressure more now than I did when I was shooting Dhadak.” 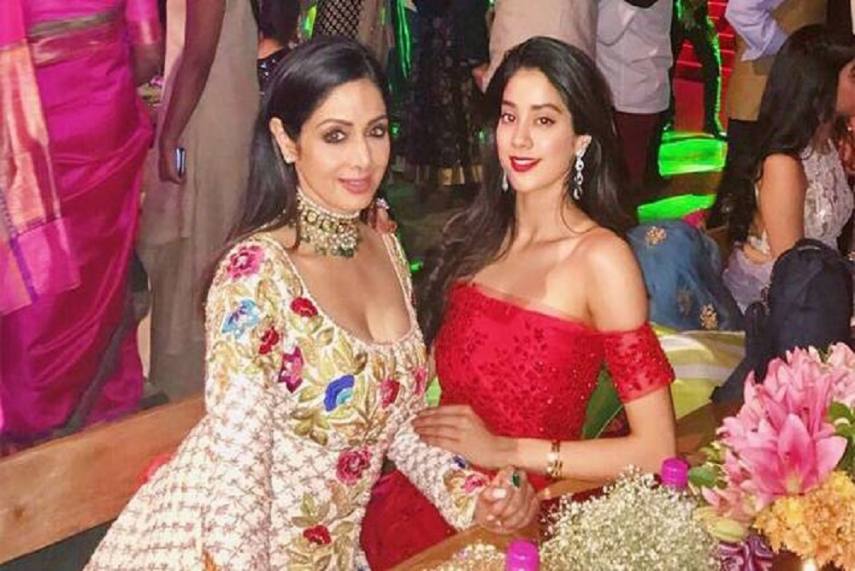 Janhvi said that at the time of her debut she did not think about the comparisons but she feels the pressure now that she has a few films in her filmography. She also said that she doesn’t want to disappoint the people who have showered love and appreciation for her family for generations and wishes to create her own identity apart from the illustrious names of her elders.

Janhvi was last seen in the horror-comedy Roohi co-starring Rajkummar Rao and Varun Sharma. She will be next seen in Dostana 2, Good Luck Jerry and Takht.