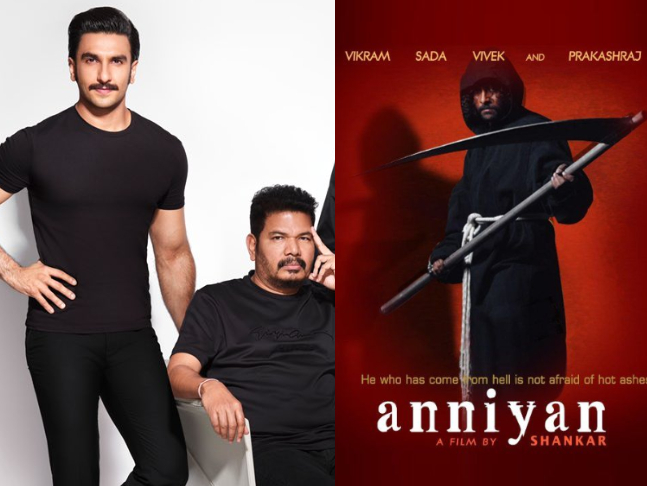 Ranveer Singh and renowned director Shankar Shanmugham lit up the internet yesterday when they announced their collaboration on the Hindi remake of Tamil film Anniyan. However, a day later Anniyan’s producer V Ravichandran of Aascar Film Pvt. Ltd. sent a legal notice to Shankar claiming that he holds the sole rights to the film and expressed his shock over the director proceeding to remake the film in Hindi.

Now, Shankar has replied to Ravichandran’s allegations and issued an official statement. 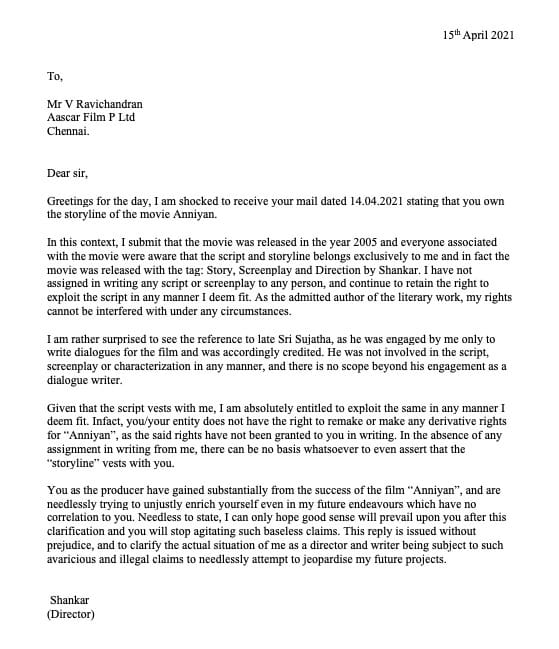 Greetings for the day, I am shocked to receive your mail dated 14.04.2021 stating that you own the storyline of the movie Anniyan.

In this context, I submit that the movie was released in the year 2005 and everyone associated with the movie were aware that the script and storyline belongs exclusively to me and in fact the movie was released with the tag: Story, Screenplay and Direction by Shankar. I have not assigned in writing any script or screenplay to any person, and continue to retain the right to exploit the script in any manner I deem fit. As the admitted author of the literary work, my rights cannot be interfered with under any circumstances.

I am rather surprised to see the reference to late Sri Sujatha, as he was engaged by me only to write dialogues for the film and was accordingly credited. He was not involved in the script, screenplay or characterization in any manner, and there is no scope beyond his engagement as a dialogue writer.

Given that the script vests with me, I am absolutely entitled to exploit the same in any manner I deem fit. Infact, you/your entity does not have the right to remake or make any derivative rights for “Anniyan”, as the said rights have not been granted to you in writing. In the absence of any assignment in writing from me, there can be no basis whatsoever to even assert that the “storyline” vests with you.

You as the producer have gained substantially from the success of the film “Anniyan”, and are needlessly trying to unjustly enrich yourself even in my future endeavours which have no correlation to you. Needless to state, I can only hope good sense will prevail upon you after this clarification and you will stop agitating such baseless claims. This reply is issued without prejudice, and to clarify the actual situation of me as a director and writer being subject to such avaricious and illegal claims to needlessly attempt to jeopardise my future projects.

In this moment, no one will be happier than me, bringing back the larger than life cinematic experience with @RanveerOfficial in the official adaptation of cult blockbuster Anniyan.@jayantilalgada @PenMovies pic.twitter.com/KyFFTkWGSL

Dr. Jayantilal Gada is onboard as producer of the Hindi remake of Anniyan.