The trouble for Alia Bhatt and Sanjay Leela Bhansali doesn't seem to end. The actress and director have been reportedly summoned by an additional chief metropolitan magistrate court in Mumbai with regards to their upcoming film Gangubai Kathiawadi. Babuji Shah, who claims to be the adopted son of late Gangubai, a brothel madam, had filed a criminal defamation case against Alia, Sanjay and two writers.

According to reports, the court has issued summons to Alia, Sanjay and the writers asking them to present themselves on May 21. Reportedly, Baburao alleged in his plea that Gangubai Kathiawadi portrays his family and mother in a bad light and is based on false facts. In fact, he even alleged that a chapter on Gangubai in author Hussain Zaidi's Mafia Queens of Mumbai was defamatory, tarnished her reputation and infringed upon the right to privacy and self-respect of his deceased mother. 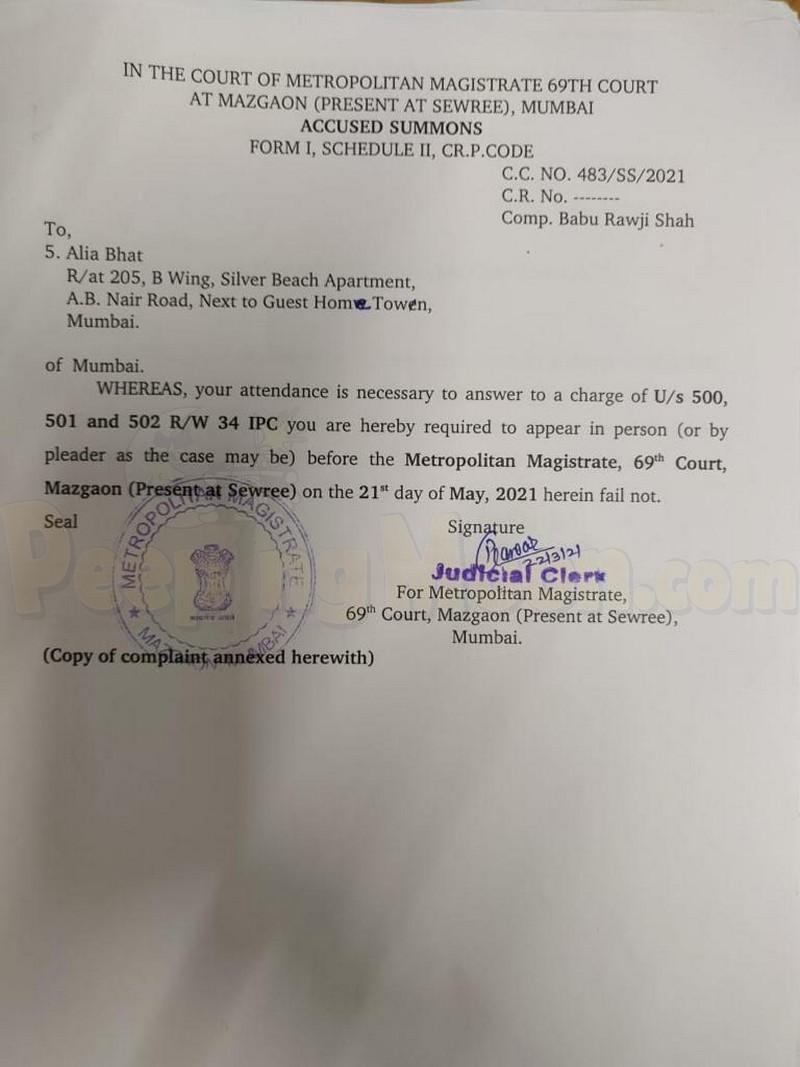 However, in February, a Mumbai City Civil Court dismissed the suit seeking a permanent injunction against Bhansali Productions, Alia and Hussain. The court had held that the "suit is barred by limitation since the novel was published in the year 2011 and the suit was filed only in December 2020." Bhansali had told the court that Baburao "didn't submit any proof to substantiate his claim that he is the adopted son of Kathiawadi nor show any evidence as to how the legal requirements of adoption were not complied with."