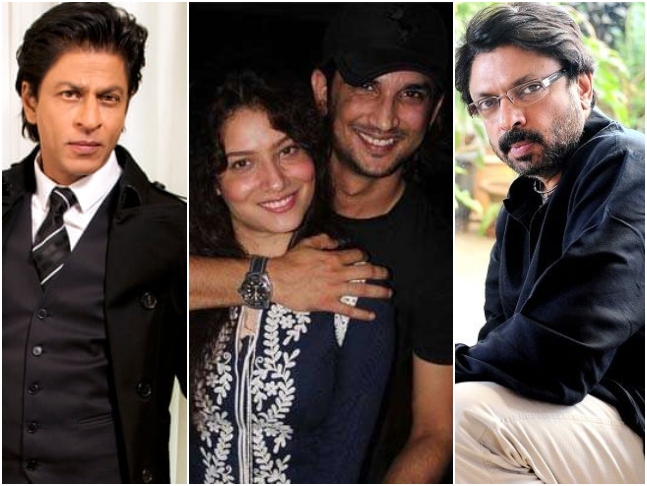 Ankita Lokhande impressed one and all as Archana in Ekta Kapoor-produced Pavitra Rishta. The actress then went on to make her Bollywood debut in Kangana Ranaut's Manikarnika: The Queen Of Jhansi (2019). Soon after, she starred along with Tiger Shroff, Riteish Deshmukh and Shraddha Kapoor in Baaghi 3. But did you know that Ankita was approached for Shah Rukh Khan's Happy New Year (2014)? Well, yes. Ankita, in an interview with an entertainment portal, revealed that director Farah Khan had offered her the film and Shah Rukh promised to give her the best debut.

The actress revealed that she turned down the film for her former partner, late Sushant Singh Rajput. "I gave up on many things. I gave up on Happy New Year. I remember Farah ma’am offered me the film and I met Shah Rukh sir also. He was like, ‘I will try to give you the best debut.’ And I was like, okay, but at the back of my mind… I was in Macau. Me, Sushant and Shah Rukh, we were sitting, and I was like, ‘Bhagwan, mera na ho.’ Ladki kaisi hoti hai na, she always tries, ‘Nahi yaar, mere partner ka achcha ho’," Ankita shared.

Ankita further added that she doesn't regret turning down many films as she was 'building a man'. She said she realised her value only after her breakup with Sushant.
"Till today, I have no regrets. I was trying to build a man and I did that. I was trying to be a very strong support for Sushant, and I did it. But then I realised, ‘No, yaar. Main bhi toh kuch hoon.’ After my break-up, I understood my value. It is very important to understand your worth," Ankita stated.

The Pavitra Rishta actress shared that Sanjay Leela Bhansali had offered her Bajirao Mastani (2015). However, she refused it because she wanted to get married. "I remember Sanjay sir called me and said, ‘Kar le Bajirao varna yaad rakh, pachtayegi tu.’ He was literally praising me and Sanjay sir saying that is a very big thing. Then I was like, ‘Nahi sir, mujhe shaadi karni hai.’ I still remember that and he did not have anything to say," Ankita told.