Janhvi Kapoor, Rajkummar Rao and Varun Sharma's horror-comedy Roohi is all set to hit the big screens on March 11. The film directed by Hardik Mehta is the first biggest Bollywood release after the COVID_19 lockdown. Days before Roohi's release, Janhvi, Rajkummar and Varun promoted and watched the film at a suburban theatre. The special preview was organised last evening.

Janhvi, who plays the role of Roohi, who is possessed by a bride-stealer ghost Afza, invited her staff member and his family to the screening. The actress was seen cuddling the staff member's baby. She posed for the cameras with the family happily. Soon after a video went viral, netizens couldn't stop praising Janhvi. "

One user said, "She's the most humble starkid ever look how she's holding the baby and the way she talks to them like she is genuinely interested she was asking for Azim Ji's phone so that this picture stays with him too! Sridevi raised her so well" while another wrote, "She is just so pure . I am sorry I misunderstood her so much . Janhvi I have become ur fan girl " A user showered love on Janhvi and said, "This girl is so humble and down to earth 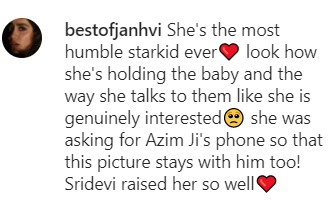 For Roohi's screening, Janhvi wore a pink dress and teamed it up with blue and green-coloured heels. She rounded off her look with minimal glam and wavy hair. She posed for pictures inside the cinema hall with Rajkummar and Varun. 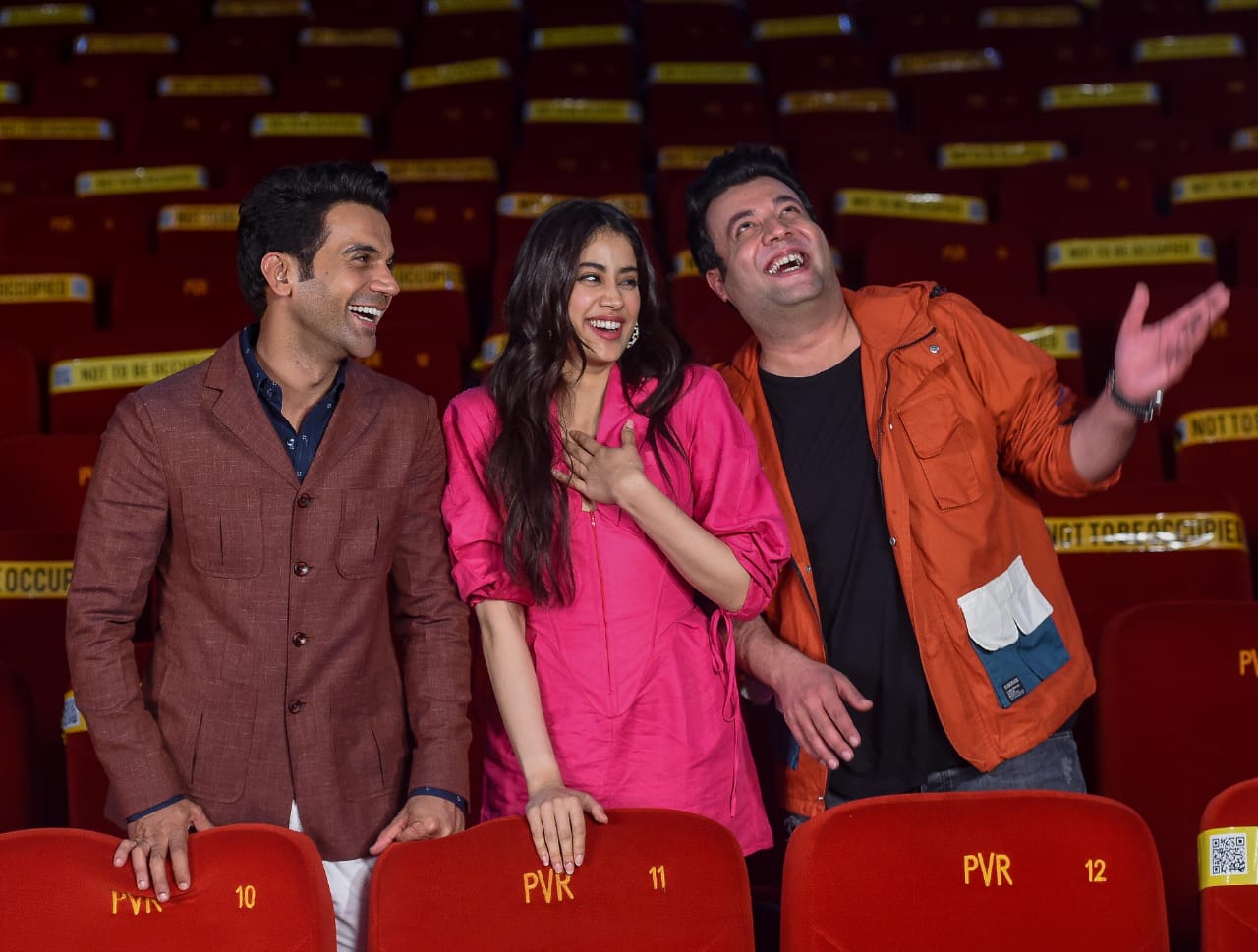 Actress Nimrat Kaur also watched Roohi at a theatre. Sharing a video, she wrote, "Excited to be back in theatres after a year to watch #Roohi! Congratulations to #Dinoo & the Entire @maddockfilms team!! #Roohi in theatres this #Thursday, 11th March 2021."