Parineeti Chopra is all set to play the role of the only Indian woman badminton player to become world No. 1 - Saina Nehwal - in her biopic titled Saina. After creating a buzz with her looks, posters, and teaser, now Parineeti has hit it out of the 'court' with the trailer of Saina that the makers released this afternoon.

The trailer begins with Saina's mom, Usha Rani (played by Meghna Malik), saying, "Raaste par chalna ek baat hai Saina, aur raasta banana doosri baat. Tu na beta, doosri baat karne ki soch (It is one thing to walk on a path and another to create one. You, dear child, think of creating your own path)." We then see how Saina, with the support of her parents, manages to rise despite all the odds. The story of Saina promises to be an inspiring tale for all the young girls out there, who wish to follow their dreams. 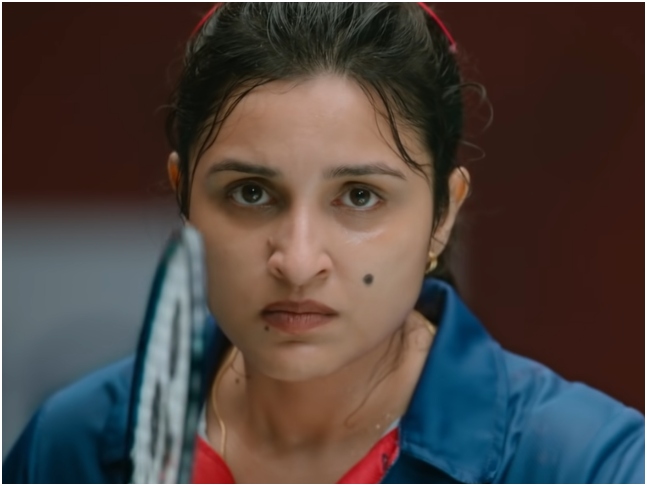 Parineeti, proud to present the trailer of her upcoming film, shared it on social media and wrote, "SAINA. This women's day I am proud to bring to you - SAINA. In cinemas 26th March. Watch the trailer now."

Saina is directed by Amole Gupte and is being produced by T-series. The film is all set to hit the screens on March 26.