In 2019, the Marathi film industry saw the release of Anandi Gopal, a biopic on the life of the first female practitioner of western medicine from India, directed by Sameer Vidwans. The film starring Bhagyashree Milind and Lalit Prabhakar in the titular roles became a game-changer in Marathi cinema and became a raging success at the box office. It went on to receive raving reviews from the critics and the audience alike for bringing the story of Anandi Gopal Joshi and capturing the innocent love story between her and her husband, Gopalrao Joshi, on the big screen.

Upon its release, it became a major success and it seems like there’s no stopping the accolades and awards coming its way even after two years of its release. Inspired by the film, Dr. Shantaram Balwant Mujumdar, the founder and president of the Symbiosis Society, set up a new medical college ONLY for girls last month. Its launch saw a thunderous response from aspiring women medical aspirants from all parts of the country. This is a testament to the super success of the film that not only entertained the audience but also left a major social impact. 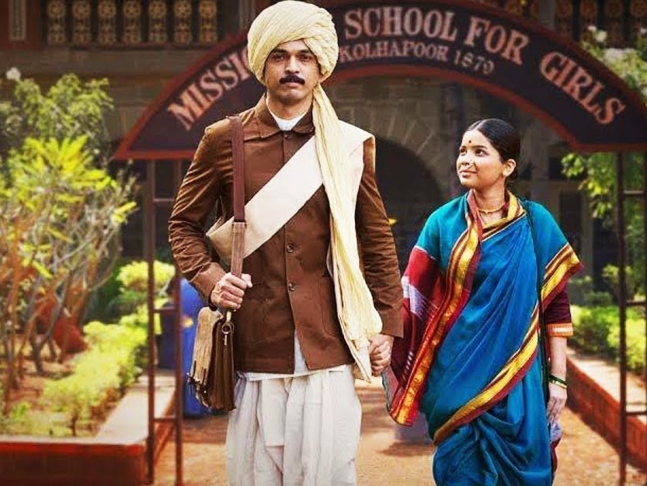 Recommended Read: Vicky Kaushal keeps his 'josh' high as he spends a day at Uri Base Camp in Kashmir

Talking about it, Akash Chawla, Co-Founder, Fresh Lime Films, who produced the film, said, “Anandi Gopal is a very special film for all of us. The response that we had received and we continue to receive to this day is overwhelming. At Freshlime Films, we pride ourselves on creating stories that have a social impact and I’m elated that I was a part of a film like this that has set a precedent and made a positive impact on the society.”

In a similar vein, Namah Pictures’ Shareen Mantri Kedia, who also produced Anandi Gopal, shared, “Wanting to tell stories that have a lingering impact on the audiences, we at Namah Pictures knew at the outset that this story will resonate with one and all as even today girls continue to face societal norms that Anandi overcame a century ago. We are happy to have partnered with Zee Studios in bringing to life this inspiring tale of guts and glory”

Sameer, the director of the film, added, "It's a very big achievement for me and my team. This is a true success of 'Anandi Gopal'. There are almost 150 students, who have already taken admission. We are very happy that this film has made a positive impact on society."

And that’s not it! The film also won the Best Film at the prestigious Pune International Film Festival. Recently, the film went on to bag 10 awards at a prestigious film award function held in Mumbai. Besides getting the best film award, the director, the lead actors and the technical team of Anandi Gopal took home a bunch of awards. Anandi Gopal seems to be one of the films in the race for National awards this year.