Ameesha Patel reacts to reports of defrauding a producer, shuts down 'ridiculous rumours and gossips'

According to reports, actress Ameesha Patel has been accused of defrauding a producer named Ajay Kumar Singh. Reportedly, Ajay claimed that Ameesha made him invest in a film in 2017 and asked him to transfer Rs 2.5 crore to her bank account. He alleged that the actress didn't return the amount after refusing to be a part of the project.

Now, Ameesha has reacted to the reports without mentioning the name of the case. On her Twitter account, the actress wrote, "As a public figure I wake up2 hilarious n ridiculous rumours on the professional n personal front repeatedly. I see old rumours and gossips resurfacing constantly. C’MON GUYS .. GET A LIFE!!!Enjoy evry moment of Gods gift 2 us .. just like I’m doing. CHEERS." 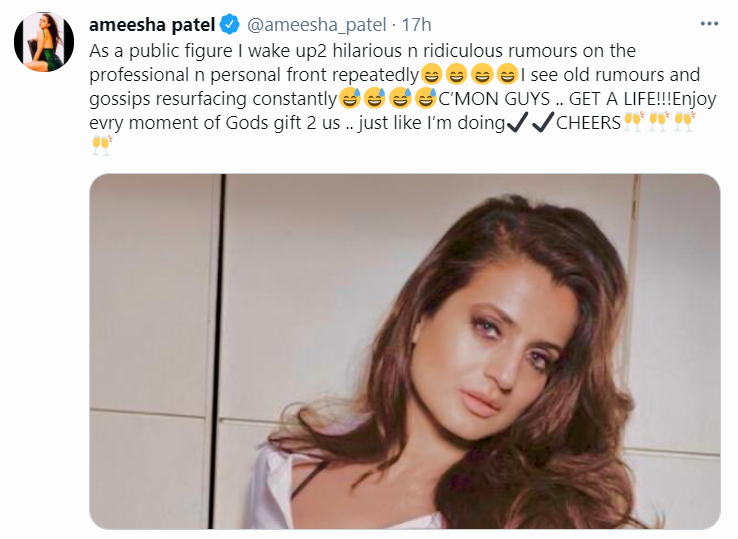 Reportedly, Jharkhand High Court's Judge Anand Sen heard the petition via video conferencing and asked both the parties to settle the matter via mediation. The court has directed both parties to file a written response in the next two weeks.