Stop this right now: Anushka Sharma slams a publication for 'invading her and Virat Kohli's privacy'

Anushka Sharma is all set to deliver her first baby with Virat Kohli this month. The couple is papped every now and then as they head out and about in the city. However, now Anushka has slammed a photographer on Instagram for clicking her and Virat's photos despite being told not to. The actress, in a strong message on her Instagram story, asked the photog and the publication to stop invading their privacy.

Anushka shared a pap photo of herself with Virat where they are seen sitting on their balcony. She wrote, "Despite requesting the said photographer and the publication, they still continue to invade our privacy. Guys! Stop this right now." 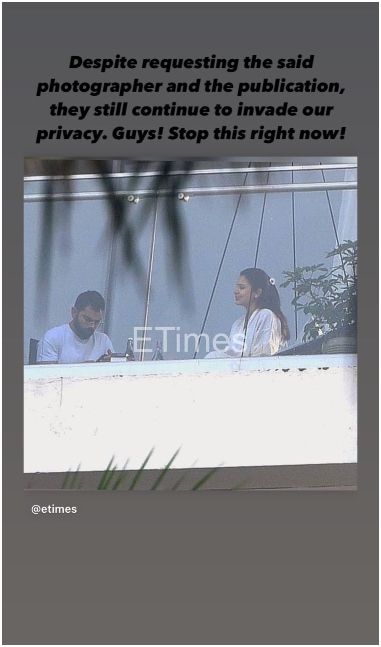 Recommended Read: Watch: Anushka Sharma heads out to a clinic with husband Virat Kohli ahead of their first child's birth in January

This morning, the actress shared another photo of binging on some pizza slices. She wrote, "Go big or go home". 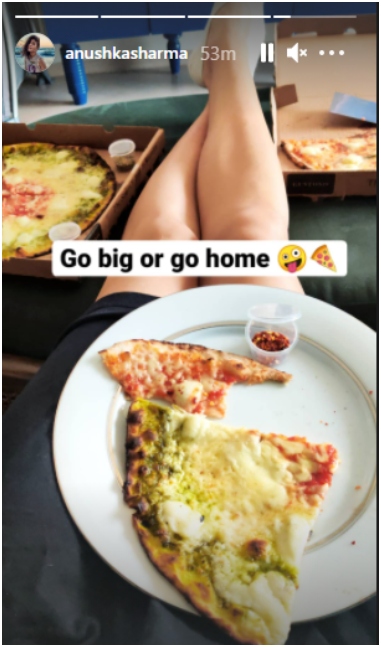 Recently, the actress talked about how Virat and she would want to deal with social media when it comes to their first child. She said “We’ve thought about it a lot. We definitely do not want to raise a child in the public eye — we don’t plan on engaging our child in social media. I think it’s a decision your child should be able to take. No kid should be made to be more special than the other. It’s hard enough for adults to deal with it. It’s going to be difficult, but we intend to follow through.”