Bollywood celebs are jetting off to exotic locations for their annual vacations and to ring in the New Year. Karan Johar and Aamir Khan also went off with their families for a trip. 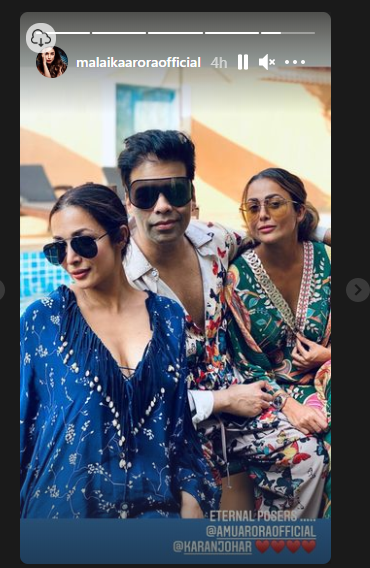 Karan’s holiday destination was revealed on Malaika’s Instagram story. The filmmaker is happily soaking up the sun in Goa with Malaika, Amrita Arora and Arjun Kapoor. Malaika has been in Goa since Christmas with Arjun, her son Arhaan Khan, her parents and Amrita’s family. Malaika captioned the photo, “Eternal poser.” Malaika and Amrita can be seen dressed in kaftans while Karan can be seen wearing a butterfly printed night suit. It appears, KJo will spend the New Year with Malaika and her family in Goa.

Aamir was recently spotted at the Mumbai airport along with his filmmaker wife Kiran Rao, son Azad, daughter Ira Khan (with first wife Reena Dutta) and nephew Imran Khan. Now, the family’s holiday destination has been revealed and it’s none-other-than the Gir National Park and Wildlife Sanctuary in Gujarat. Aamir and Kiran are celebrating their 15th wedding anniversary with their family. Aamir was photographed while leaving for a wildlife safari. Several videos and photos of the actor went viral on social media.