Our Bollywood celebs sure know how to keep their fan excited. Now, that the shootings have started, several actors are returning to their projects and signing up new films. Here’s a roundup of what’s making news in the Hindi film industry. 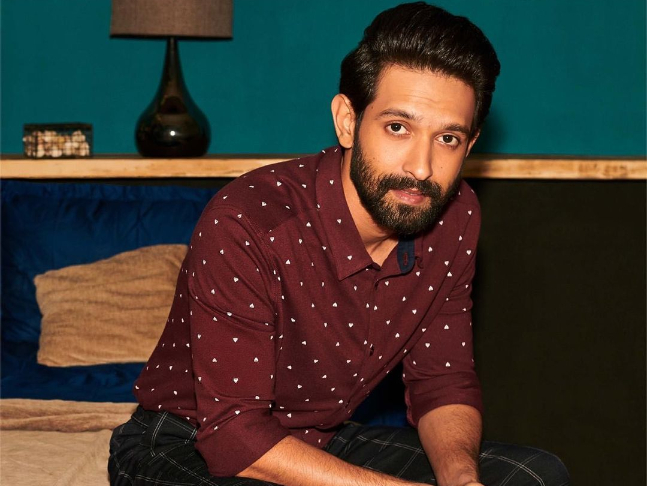 Vikrant Massey is on a roll. After creating waves in his last outing Ginny Weds Sunny, he will be headlining the Hindi remake of the 2020 Malayalam film, Forensic. He will be essaying the role of a meticulous forensic officer in the film. Vikrant will be stepping into the shoes of Tovino Thomas in the remake who played the protagonist in the original film. Forensic, that released earlier this year, opened to raving reviews from the critics and the audience alike. The remake is a part of Mini Flims’ Mansi Bagla’s acquisition of three super hit South Indian remakes.

Talking about the film, producer Mansi Bagla says, “In Hindi Films, we have always seen cop movies but have not seen a movie on a forensic officer who plays a vital role in solving any crime drama. Vikrant is a perfect fit for this role and I'm so glad to have him on board.” Excited about being a part of the project, Vikrant says, “When I saw Forensic, I was immediately hooked onto it. It is an intelligent film that keeps you on tenterhooks. At the same time, it is an out-and-out entertainer. I am really looking forward to collaborating with Mini Films and I am glad to be leading the Hindi remake.”

Kartik Aaryan announced his upcoming film ’Dhamaka’ on his birthday. Now, the actor has shared a post declaring the commencement of his film Dhamaka’. Seeking blessings form the almighty and his parents; Kartik is excited to start the film. However, his parents, especially his mother seem worried due to the coronavirus scare. In the picture all three of them are wearing masks. Kartik captioned the post and revealed his mother’s fears, “Shuru karein #Dhamaka Lekar Prabhu ka naam. Checking in Swipe right to see my already worried Mom.”

Katrina Kaif, Siddhant Chaturvedi and Ishaan Khatter have started shooting for their horror comedy, Phone Bhoot. The makers confirmed the news on social media on Saturday. The film is produced by Ritesh Sidhwani and Farhan Akhtar, and directed by Gurmeet Singh. 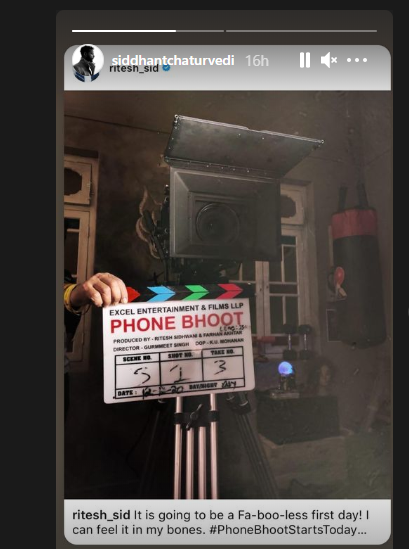 "It is going to be a Fa-boo-less first day! I can feel it in my bones. #PhoneBhootStartsToday @gurmmeetsingh @katrinakaif @siddhantchaturvedi @ishaankhatter @ravi.shankaran @jasvinderbath @kumohanan @faroutakhtar @excelmovies," Sidhwani posted on Instagram along with a photo featuring a clapperboard. Siddhant left ghost emojis in the comments section, and also shared the same post on Instagram Stories.