Ajay Devgn is all geared up to take things up a notch. The actor, who has an enviable line-up of films, brought some festive cheer to his fans on Friday.

Happy to officially begin MayDay in a start-to-finish shooting schedule. Seek blessings from the Almighty and my parents. Nothing is complete without the support of all my fans, family and well-wishers.
Releases on 29th April 2022.@SrBachchan @Rakulpreet @KumarMangat pic.twitter.com/QNKBjtvOu7

The much-awaited thrilling drama Mayday began its shoot from Friday in Hyderabad. The film features Amitabh Bachchan, Ajay, Rakul Preet Singh and Angira Dhar. Ajay took to social media to share the special news and wrote, “Happy to officially begin MayDay in a start-to-finish shooting schedule. Seek blessings from the Almighty and my parents. Nothing is complete without the support of all my fans, family and well-wishers.” Mayday is being directed by Ajay himself. He is also producing the film along with Kumar Mangat, Vikrant Sharma, Hasnain Husaini, Jay Kanujia, Sandeep Kewlani and Tarlok Singh. 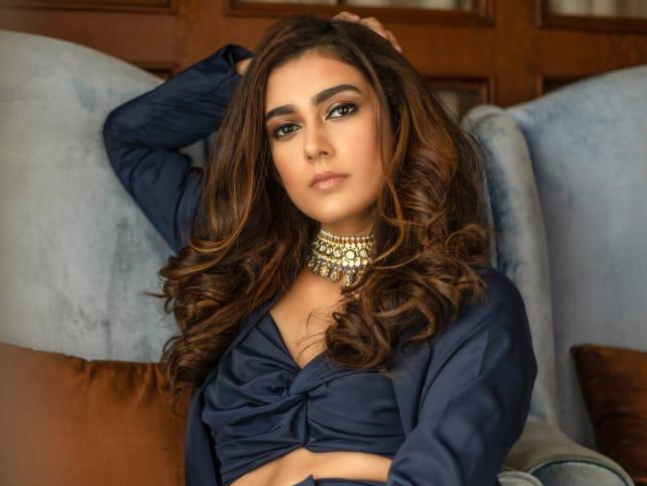 Ajay’s film Mayday gets a new member in its stellar star cast. Aakanksha Singh has joined Ajay, Amitabh Bachchan, Rakul Preet Singh and Angira Dhar in the film. She will be seen playing Ajay’s wife in the film and joined the cast for the film shoot.

Talking about being part of the film Aakanksha shares, "It’s like a dream come true to be a part of such a big and much-awaited film. I am so excited to share the screen with Ajay sir and Amitabh sir and icing on the cake is Ajay sir is directing the film. It’s actually happening! It’s an important role and I am lucky that the first muhurat shot of the film had me in it." Mayday will release on April 29, 2022. 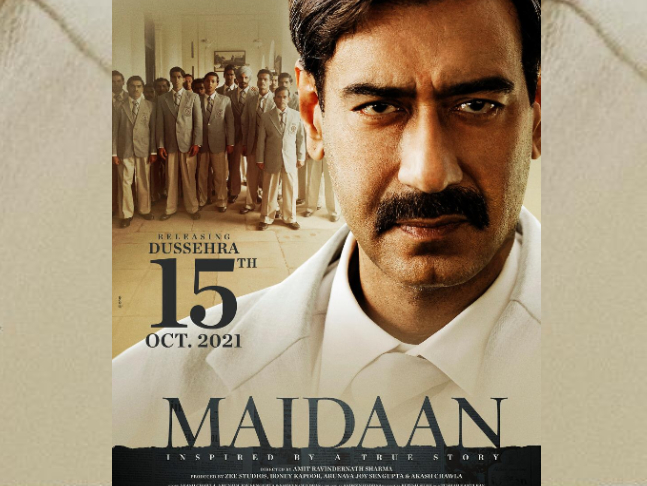 The much-anticipated film, Maidaan that celebrates the biggest sport in the world -Football, will commence shooting from January 2021. The film has already been shot across Lucknow, Kolkata and Mumbai and was to start its final schedule when it had to be stalled due to Covid-19. The primary shooting of the film is already 65% complete and the last schedule will now end by April 2021. Considering the heavy VFX work on the film which is already in progress across London, Canada and LA, the film release date will have to be shifted. The film is now all set to have a worldwide theatrical release on Dussehra, 15th October 2021.

Inspired by an incredible true story of Syed Abdul Rahim, Maidaan will showcase the journey of one of the finest coaches that emerged from India, the one who put India on the global map. Directed by Amit Ravindernath Sharma of Badhai Ho fame, the film also features National award-winning actress Priyamani, Gajraj Rao who created magic with Badhai Ho, and the well-known Bengali actor Rudranil Ghosh. Produced by Zee Studios, Boney Kapoor, Akash Chawla, and Arunava Joy Sengupta, screenplay and dialogues are written by Saiwyn Quadras and Ritesh Shah respectively.