Akshay Kumar and Kriti Sanon's Bachchan Pandey is one of the highly anticipated films. Directed by Farhad Samji, the actioner will see Akshay play the role of a gangster who meets a journalist, played by Kriti. Now, as the film will go on floors soon, there is an addition to the cast. Jacqueline Fernandez will be joining Akshay and Kriti in Bachchan Pandey. This will be the actress's 8th collaboration with producer Sajid Nadiadwala and the 4th film with Akshay. They worked together in Housefull 2, 3 and Brothers. Recently, Arshad Warsi also joined Bachchan Pandey.

Talking to a leading daily about joining Bachchan Pandey, Jacqueline said it will be a crazy ride with the team. "I was very new to the industry when I did the song ‘Dhanno’ in Housefull for Nadiad (producer Sajid Nadiadwala). Our friendship goes way back to then and I am elated to be working with him again in Bachchan Pandey, our eighth film together. It’s always a crazy ride with Akshay and I am sure we will all have a blast again," Jacqueline told. Jacqueline's role in Bachchan Pandey is kept under tight wraps for now. 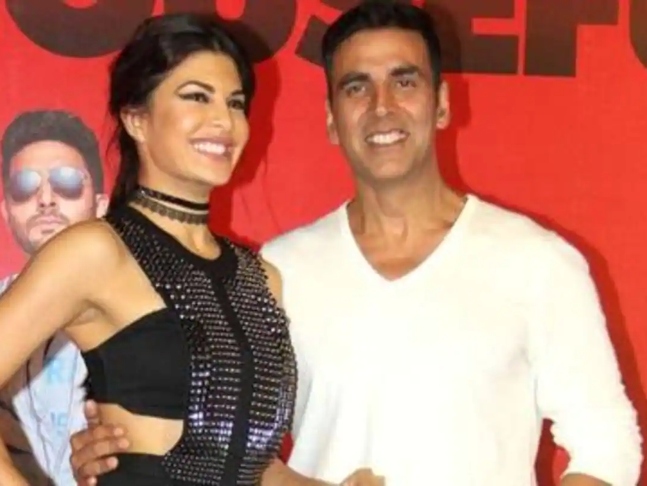 According to a previous report, Bachchan Pandey will go on floors in January 2021 in Jaisalmer. Reportedly, the team will be staying at a Palace hotel in Jaisalmer and will be shooting some indoor sequences there itself. For elaborate action sequences, teams from across the country will be reportedly joining the crew. A source close to the film had told previously that the entire cast and crew will be taking a mandatory COVID test towards December end and will be quarantined for three days before the shoot. Special medical rooms have been set up in Jaisalmer and locations will be sanitised the night before the shoot.