Janhvi Kapoor, after making her debut in Bollywood with Dhadak in 2018, is currently on a signing spree. The actress who was recently seen in Gunjan Saxena: The Kargil Girl, has some interesting projects lined up. Currently, she is awaiting the release of Roohi Afzana and will start shooting for Dostana 2 soon. Janhvi has Takht on the cards too. While people are still appreciating her work as IAF Pilot Gunjan Saxena in the Dharma Productions' film, rumour has it that Janhvi has been signed for the Hindi remake of the Malayalam film Helen.

Helen, released in 2019, was a survival thriller starring Anna Ben in the titular role. According to a leading daily's report, the film will be produced by Zee Studios and Janhvi's father Boney Kapoor. The original film was directed by Mathukutty Xavier. In addition to this, the daily's report stated that Manoj Pahwa has been roped in to play Janhvi's on-screen father. Reportedly, the veteran actor heard the script and took very little time to say yes. 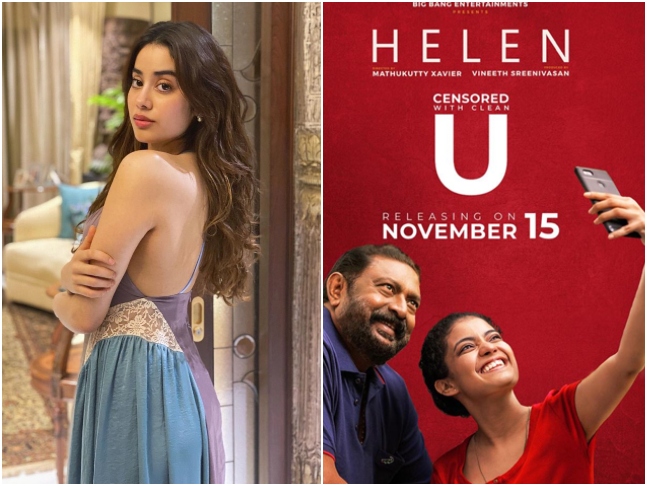 PeepingMoon, on October 1, exclusively informed its readers that Janhvi has signed the Hindi remake of Nayanthara's 2018 hit, Kolamavu Kokila directed by Nelson Dilipkumar. The film is yet to be announced.