On November 4, it was announced that Ajay Devgn will be starring and directing an edge-of-the-seat human-drama titled Mayday. Co-starring Amitabh Bachchan, Mayday is one of the biggest films announced this year. Now, as the team is gearing up to begin the shoot in December, the name of the leading lady has been announced. Rakul Preet Singh will be joining Mr. Bachchan and Ajay in Mayday. According to a report of a leading daily, she will be playing a co-pilot to Ajay.

Rakul, who will reportedly join Mr. Bachchan and Ajay on sets in mid-December, told the daily, "When I decided to be an actor, I — like all other aspiring actors — dreamt of working with Mr. Bachchan someday. I am glad that this film will help me realise my dream. I am thrilled to work with Ajay sir again, who will not only be my co-star but also my director." 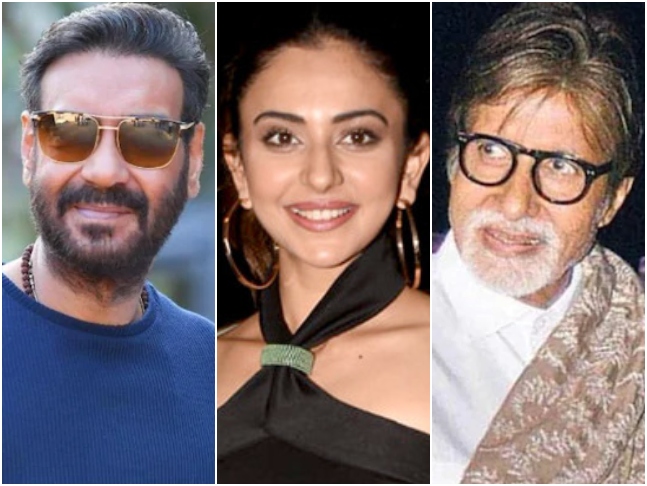 Recommended Read: Ajay Devgn to direct Amitabh Bachchan in his next film ‘Mayday’

A source close to Mayday told the daily, "The film is inspired by a real-life episode, which has been further dramatised for the screen. Come December, Ajay plans to shoot it in Hyderabad over a start-to-finish schedule."

Workwise, Rakul is shooting for Kaashvie Nair's Sardar & Grandson with Arjun Kapoor, John Abraham and Aditi Rao Hydari. She will be reuniting with Ajay for Thank God. The film also stars Sidharth Malhotra.