Ajay Devgn to direct Amitabh Bachchan in his next film ‘Mayday’

Ajay Devgn and megastar Amitabh Bachchan are all set to reunite for the seventh time, albeit, not in the capacity of co-stars! Ajay will once again don the director's hat and will be soon directing Big B in his next directorial! Almost seven years after their last collaboration, Ajay and Amitabh will join hands for a  thrilling, absolute edge-of-the-seat human-drama titled Mayday. It is strongly rumoured that Ajay will be seen playing a pilot. There are no details yet on the Big B's character, which the makers have kept under wraps for the time being. The rest of the cast is still being finalised.

Ajay and Amitabh first worked together Tinu Aanad's superhit film Major Saab (1998), followed by Hindustan Ki Kasam, directed by Ajay's father Veeru Devgn in 1999. In the year 2002, Big B played an elder brother to Aishwarya Rai in comic-caper Hum Kisise Kum Nahi, who stands between the way of gangster Sanjay Dutt and his sister's lover Ajay. Ajay and Amitabh joined forces again in 2004's police drama Khakee. The duo later collaborated with Ram Gopal Verma in the year 2007 for RGV Ki Aag, based on Hindi cinema's iconic film Sholay. The film turned out to be a box office disaster. Ajay and Big B were last seen in Prakash Jha's socio-poltical drama Satyagraha in 2014. In between, Ajay and Big B have made brief cameos appearances in each other projects, including Teen Patti and Bol Bachchan to name a few. 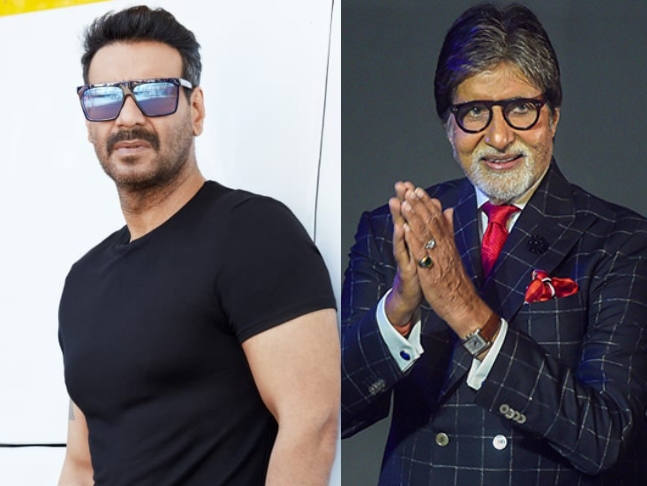 The film is being produced by Ajay Devgn Ffilms. According to sources the project will go on floors this December in Hyderabad after Ajay completes his work on Bhuj: The Pride of India. Big B is currently shooting for KBC.

Ajay's tryst with direction isn't new. He first turned director in 2008 when he acted alongside wife Kajol in U Me Aur Hum and also directed the film. He returned to direction 12 years later with mythological-actioner Shivaay (2016), which stood out for its stunning visuals and VFX sequences.