Advertisement
HomeBOLLYWOODENTERTAINMENT NEWSChi Chi Mama didn’t even come to the hospital to see my son when he was fighting for his life: Krushna Abhishek on not performing for Govinda on 'The Kapil Sharma Show'

Chi Chi Mama didn’t even come to the hospital to see my son when he was fighting for his life: Krushna Abhishek on not performing for Govinda on 'The Kapil Sharma Show'

In the Diwali weekend, The Kapil Sharma Show extended a warm welcome to the most acclaimed actor, Hero No 1 of Bollywood, Govinda. However, his nephew Krushna Abhishek, who is a part of the show, denied being a part of that particular episode due to his personal feud with his Chi Chi mama.

Talkig to a leading daily, he said, “I learnt about Chi Chi mama coming on the show around 10 days ago. Since Sunita mami wasn’t accompanying him, the team thought that I would have no qualms performing. However, the incident has left a bad taste in my mouth. Last year, she didn’t want me to perform in front of them, but this time, I had reservations.”

He added, “I had a strong relationship with mama, and the enmity has affected me badly. When the relationship between two people is strained, it’s difficult to perform comedy. Besides, mama might take offense to my jokes. Achhi comedy ke liye set ka mahaul achha hona chahiye (good comedy needs conducive environment). I can vouch that it would have been like a house on fire even if I had performed as Krushna and not Sapna (the character he portrays on the show) with mama. I could have paid tribute to him on the show.” 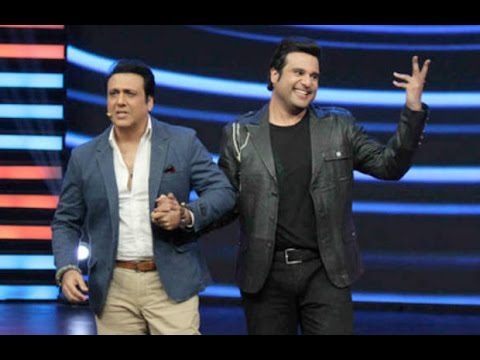 Recommended Read: Hero No 1 Govinda brings the house down on 'The Kapil Sharma Show' Diwali special, shakes a leg on 'Chalo Ishq Ladaaye'

Krushna said that he did try to get in touch with Govinda on a couple of occasions during the lockdown. “They didn’t even come to see my twins in the hospital, not even when one of them was fighting for his life. I did call him, but there was no response. How long can I keep trying to resolve our issues, which is based on a silly misunderstanding! Of course, it hurts, but if he doesn’t want to see me, I, too, don’t want to meet him. Ab toh sirf Kapil hi issues resolve kar sakta hai hamaare beech ke. Jab mama agli baar aaye toh mujhe bula le stage par aur sab ke saamne sulah karne bole. However, we don’t repeat celebrities so easily. So, I guess this might happen only in 2021.”