Jewellery brand Tanishq is at the receiving end of netizens’ backlash once again. After taking down its advertisement showing a Hindu-Muslim marriage, the brand has once again come under fire for its Diwali ad.

The advertisement features Neena Gupta, Sayani Gupta, Alaya F and Nimrat Kaur on how they plan to celebrate Diwali this year, but they go ahead and advise people not to burst firecrackers which made Twitterati livid. After the backlash received on social media, Tanishq has taken down the ad from all its social media platforms. The ad for the brand’s festive season collection ‘Ekatvam’ faced flak for ‘teaching’ Hindus how to celebrate the festival. 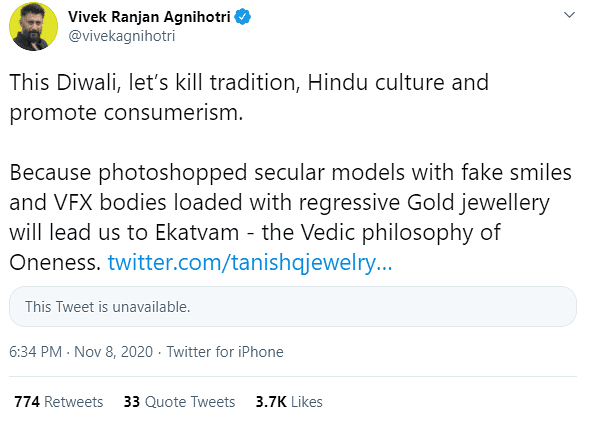 RECOMMENDED READ: Once Again! Twitter says 'Boycott Tanishq' over an advertisement advocating a ban on firecrackers this Diwali

In the commercial, Sayani says, “I am hoping to be able to meet my mum after really long. Definitely no firecrackers, I don't think anyone should light any firecrackers. But a lot of diyas, a lot of laughter hopefully, and a lot of positivity."