Sanjay Kapoor and Maheep Kapoor darling daughter Shanaya Kapoor turned 21 today and her friends and family have nothing but best wishes for the birthday girl.

Mother Maheep Kapoor shared a beautiful picture of Shanaya and wished her a Happy 21st.

Father Sanjay Kapoor posted an unseen childhood memory of Shanaya and penned down a sweet note.

Cousin Sonam Kapoor Ahuja had a funny-yet-adorable wish for the birthday girl. 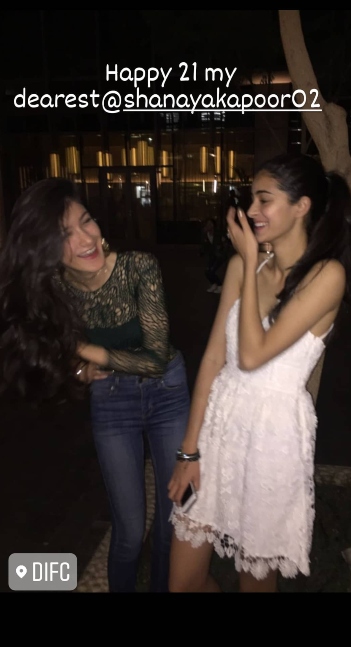 Shanaya stepped into Bollywood as an assistant director on her cousin Janhvi Kapoor's film Gunjan Saxena: The Kargil Girl. The buzz is strong that she is gearing up for her acting debut.