On August 06, 2020, PeepingMoon exclusively informed its readers that Aditya Roy Kapur has signed choreographer-turned-director-producer Ahmed Khan's upcoming actioner after opting out of Mohit Suri's Ek Villain sequel. The film is reportedly titled Om and rumours regarding the leading daily are surfacing. Now, as per the new update, Ahmed has locked the one-film-old Sanjana Sanghi opposite Aditya. A source close to the film told an entertainment portal that after discussing and approaching a few young names, the team reportedly finalised the Dil Bechara actress as Aditya's love interest.

"Ahmed was scouting for a young Gen-Y actress who would not only look great opposite Adi but also be a fresh pairing on screen. Several names were discussed and approached. But, eventually, they have locked Dil Bechara heroine Sanjana Sanghi for the film. She plays Adi's love interest but also has several action scenes in it. Om is being designed as an adrenaline pumping high octane action film, with the trademark Ahmed Khan stamp. Ahmed was mighty impressed with Adi's performance in Malang and loved Sanjana's nuanced role in the Mukesh Chhabra directorial. When they sat for the narration, Ahmed felt Sanjana suits the role to the T. She has already signed on the dotted line," the source told. 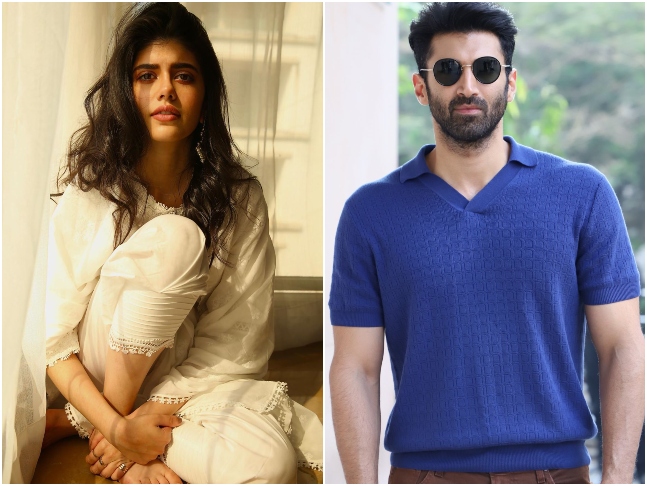 The source further added that Tara Sutaria and Disha Patani were in advanced talks with Ahmed and the team but couldn't sign it due to their hectic schedule. "There were advanced talks with both of them, but they couldn't do the film since they already have prior film commitments. Ahmed wants to wrap this film by early next year, whereas Tara has work on Villain 2 and Disha has to wrap up KTina, followed by Shahid Kapoor starrer Yoddha where she plays the female lead," the source concluded.

Bigg Boss 14: Kavita Kaushik in no mood to give explanation for her stormy exit, says 'go ahead and make me the devil'

Bigg Boss 14: 'I can take my own decisions,' says Disha Parmar as she takes a dig at Rubina Dilaik for commenting on Rahul Vaidya's proposal to her

Your place in my life is very special: Kareena Kapoor Khan to Ananya Panday, B-town wishes designer Manish Malhotra on his 54th birthday