Advertisement
HomeBOLLYWOODENTERTAINMENT NEWS'Irrfan went to a brink of breakdown preparing for roles, not because he wasn't invited to parties,' says Sutapa Sikdar on insider-outsider debate

Bollywood, in the past few months, is embroiled in the insider-outsider debate. A particular section of the industry that is termed as the 'inner circle' by haters is being criticised brutally for favouring children and relatives of superstars and established actors. Addressing the insider-outsider theory that is hampering the spirits of aspiring actors, Sutapa Sikdar, wife of Irrfan, shared her opinion. Sutapa, in a long note on Facebook, said she is an outsider in a true sense and questioned whether those who are 'pretending to be the messiah of outsiders' are 'self-appointed outsiders association of India'.

Urging people to not narrow the concept of oneness with insider-outsider theories, Sutapa wrote, "This inside outside theories it works only in design journals. Don’t narrow the concept of oneness if one would take the regionalism so strongly you become a frog in a small pond..because I look at many sadhus spiritualist coming from every region but finding solace in Himalayas ..who owns Himalayas ? and when they go their its them they melt to the region not the people of that region? It’s their need to go to Himalayas not those people who are inhabitants on the foothills and no one cares as its purely nirvana. Neither the seeker nor the giver.." 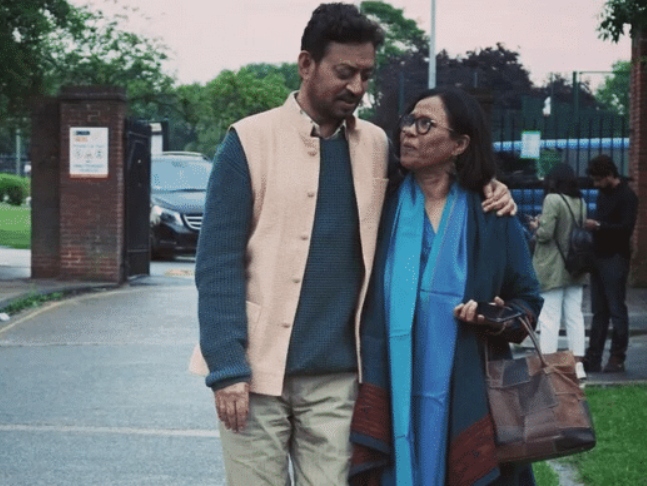 Recommended Read: Why should everything be exactly as per definition: Sutapa Sikdar responds to a fan saying Irrfan's grave looks like a ‘trash dumpster’

Stating that if people consider work as a spiritual quest, Sutapa said they won't be sad if someone didn't call them for parties or didn't attend premieres. She further revealed that Irrfan, who passed away on April 29 this year, was on a verge of breakdowns once or twice but it wasn't because people didn't invite him for parties. "Irrfan did not get a cover page of a film magazine for many years he did not waste his time gossiping about people or bad mouthing nor did he get depress ,he chiseled his craft ..and refused to be part of it till he got the cover page and he did.(he got mostly depressed not clinically but sad, looking at the disparity in the society.)or once or twice went to a brink of breakdown preparing for roles not because so called insiders did not call him for holi parties. and yes no one dared make fun of him ever on any show or any channel," Sutapa added.

She continued writing, "It’s a simple thing no one owns Bollywood until or unless you think there are some people who own this industry. The Bollywood couldn’t do a shit about Irrfan getting Hollywood offers. I am happy! And obviously some aren’t comfortable in their skin hence you love shredding characters and strangers in pretext of being the well wisher ..wish well for yourself and the world would be a lovely place to be. In these kind of crusaders words Irrfan could be an ‘outsider’ too. But he wasn’t he chose to be what he was an objective witness to this jamboree called Bollywood." Sutapa said Irrfan never wanted to be a part of 'vacuous stuff' and did not see himself as a victim. "Did he miss the parties as some call them imperative to attend to feel wanted and be part of the Bollywood? No he didn’t even feel to be part of vacuous stuff also without being cynical he was a great believer in individual choices. But why would he have felt left out?? May I know? In one hand we call them toxic and on the other we are offended if they don’t include you. It’s a weird desire you are yourself giving them the power by seeking for their validation. As for me I am not weak nor do I feel shattered if I am not part of the coterie of film stars/star wives because I have a life and I don’t give anyone to decide my life style. I am not ashamed to wear clothes designed by me. I don’t give people the permission to judge me hence they can’t judge me/my clothes/my choices/ and the same worked for Irrfan. No he did not feel the victim," she wrote.

She concluded the note by telling aspiring actors to not give undue importance to anyone. "Stand tall and fight for your rights. Get your priorities right Don’t whine because you are not inner circle. You can feel indifference towards them and survive because the inner circle is not worth you you are. In the end of the day you choose to be who you are no one else does it for you. So your weaknesses are yours, your fears are yours,your fight is yours. May you survive in the most dignified way because that will determine what you are made up of," she said.