Advertisement
HomeBOLLYWOODENTERTAINMENT NEWSBirthday Special: 7 decades, 36 languages and 25000 songs! Why there can never be anyone like ‘swar samragyi’ Lata Mangeshkar

Timeless and soulful! Not just her music, these qualities are also synonyms with our birthday star, the singing legend Lata Mangeshkar. Born to Deenanath Mangeshkar and Shevanti Mangeshkar on September 28, 1929, in Indore, Madhya Pradesh, Lata is the eldest sibling of the Mangeshkar family. Fondly called Lata didi and termed as the Nightingale of India, she has been ruling millions of hearts with her timeless numbers, for nearly 70 years!

Lending her soulful voice to over 25000 songs in more than 36 languages, in career spanning over 7 decades, Lata Didi has rightly earned herself the position of swar samragyi in the music industry. She has been the second vocalist after MS Subbulakshmi, awarded with nation's highest civilian honour Bharat Ratna, apart from France conferring her with their highest civilian award (Officer of the Legion of Honour) in 2007.

On her 91st birthday, a look at some of her timeless classics and stroll down the memory lane: 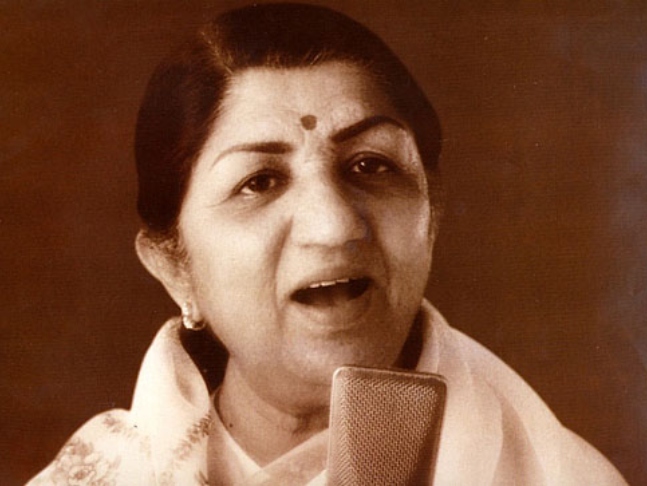 Though Lata Didi hasn’t been recording any new songs lately, there has been a glorious time when she dominated the music industry with her melodious voice spanning across every era! Setting the benchmark for all the veteran and new singers, she has lent her voice to over 50 heroines in all the decades gone by. From Yeh Raat Bheegi Bheegi filmed on Nargis Dutt, Piya Tohse Naina Laage Rey featuring Waheeda Rehman to Mai Teri Dushman starring Sri Devi and Madhuri Dixit Nene’s Maye Ni Maaye, Lata ji list of timeless classics has no full stop.

Not just Bollywood, Lata didi has sung many melodious songs and bhajans in other languages ranging from Marathi, Kannada, Telugu, Malayalam, Nepali, Assamese, Meitei, to name a few.

As this legendary singer turns 91 today, we wish her all the health and happiness in the world.

Long live, Lata didi. There will never be anyone like you, ever!