Advertisement
HomeBOLLYWOODENTERTAINMENT NEWS‘Last time took myself for granted and put on 25 Kgs, won’t do it this time,’ says Kareena Kapoor Khan on her second pregnancy

‘Last time took myself for granted and put on 25 Kgs, won’t do it this time,’ says Kareena Kapoor Khan on her second pregnancy

Kareena Kapoor Khan and Saif Ali Khan recently got everyone extremely excited when they announced they are expecting an addition to their family after their son Taimur Ali Khan. Kareena revealed she is pregnant and that her family is extremely excited by the good news. During Saif’s birthday celebrations, her baby bump was visible that left her fans extremely excited. Now, in an interview, she spoke about how things are different in her second pregnancy and what precautions she is taking due to the Covid-19 pandemic.

Kareena revealed in the interview that she is currently spending time at home and working from home, shooting ads and photoshoots. She revealed that when she was expecting Taimur, everyone told her to eat a lot and hence she put on 25kgs and took her body for granted, but now she is trying to be healthy and safe with the pandemic. 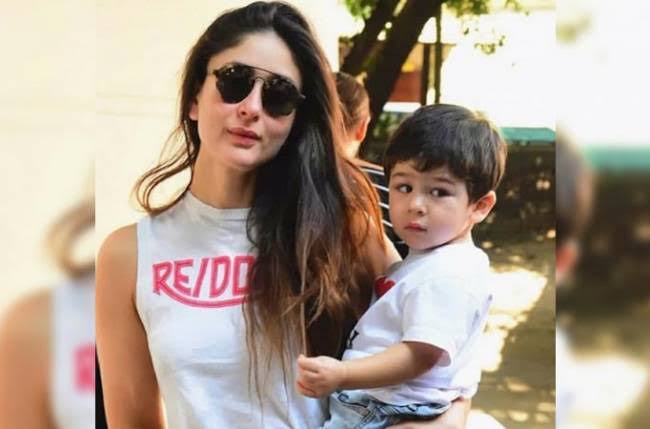 RECOMMENDED READ: It isn’t like Taimur is going to become the biggest star in this country: Kareena Kapoor Khan on nepotism debate

She said, “Last time, I just took myself for granted and became huge. I put on 25 Kgs. I don’t want to do that. I just want to be healthy and fit. I think the first time, it's just excitement. Everyone’s like parathe khao, ghee khao, doodh piyo, besan ka laddoos are coming. And now, I’m like listen I have done it before; I know what my body requires. My doctor’s like ‘listen you are not eating for two, that is just a myth. Just be healthy and be safe.’ And that is what I am trying to do.”

Kareena also spoke about Taimur’s reaction to her pregnancy and said, “He is figuring out things. He is very ahead of his age. We never treated him like a kid. We treated him like an equal and adult. He is a giving boy and that he is ready.”