Advertisement
HomeBOLLYWOODENTERTAINMENT NEWS‘Getting together this amazing cast was the easiest in this journey of JL50,’ says actor-producer Ritika Anand

‘Getting together this amazing cast was the easiest in this journey of JL50,’ says actor-producer Ritika Anand

Actor-producer Ritika Anand is gung-ho about the release of her upcoming sci-fi mystery thriller show JL50 on SonyLIV. Besides Ritika, the show stars Abhay Deol, Pankaj Kapur, Piyush Mishra and Rajesh Sharma in lead roles. It is mystery thriller about a plane that lands in West Bengal after taking off 35 years ago. The trailer of the show has already intrigued the audience and created the right buzz.

In a candid conversation, Ritika spoke about JL50, how she turned producer and the stellar cast she roped in for the series. Excerpts from the interview are below: 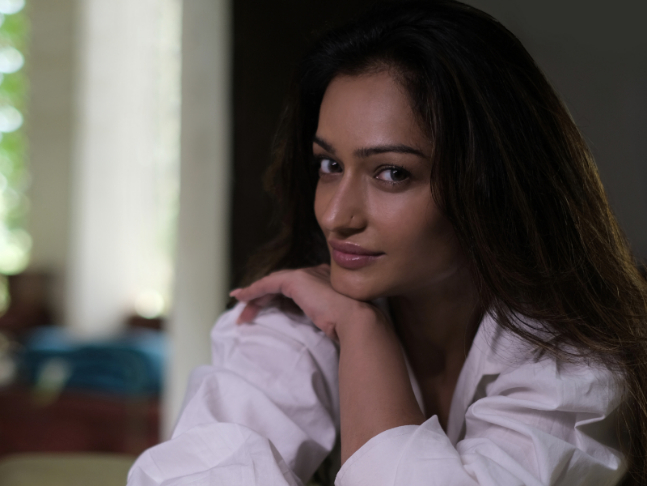 Tell us the story behind producing and acting in the show.

Well that’s a long story and it started 17 years ago when I first came to Mumbai to follow my dream of acting on the big screen. I knew since the age of 5 that I wanted to act. In fact that’s all I did all in the name of playing through my childhood, until my love for acting took a more serious turn at 14, when I associated myself with stage and drama. I was also a trained Bharat Natyam dancer at that point, having a little over 8 years of training, because I had heard my father tell me stories through my childhood, of actresses of yesteryears who had to know how to sing and dance to act in movies. I wanted to be prepared you see! After my diploma in acting from the University of Calgary in Canada, My confidence was strong on the fact that being a trained actor was enough to be an actor in any industry. Fortunately (in so many ways) I learnt that is not true, soon after some TV work, some 500 auditions (stopped counting after that) and a couple films that I signed that never took off. A tough decision took me on the path to Producing. I decided never to ask for work as an actor. I stopped going for auditions. In some ways it seemed degrading to my art and my education at that point. I decided to try producing because my family believed I could. After some failed attempts at producing content, I decided to move back to Canada, promising myself that I’d come back to Mumbai only when it calls me and when I have any sort of ability to bring forth the right talent/creative minds to the forefront.

How I actually turned producer is a whole other story. I remember back in 2009 when I was producing my first hour long educational docu-film LOST, we were on my first ever recee for the first ever location of my first ever film. The location was rejected by the director. I sat in my car and started crying. I was so convinced that I cannot produce a film because I was born to act and act only. The director, Shailender, who is also the director of JL50 suggested I start acting like a producer. It sounded absurd but I tried it and I trust it worked - I acted my way to being the producer of JL50 and somewhere along the journey I learnt a lot, both through challenges and encouragement. Especially through producing JL50 I truly realized that I always had a hidden producer in me.

A sci-fi film involving quantum physics in Hindi for an Indian audience came to me in 2016 as what I can only describe as a calling from God, who in all honesty has walked with me through this very challenging project carrying it to this finish line - the people. I finally accept I am a producer now and a proud one too for the product I’m putting out there. They say I’m good at my job and with the release of JL50, it seems they’re right. That’s how producing and acting in the show came about. 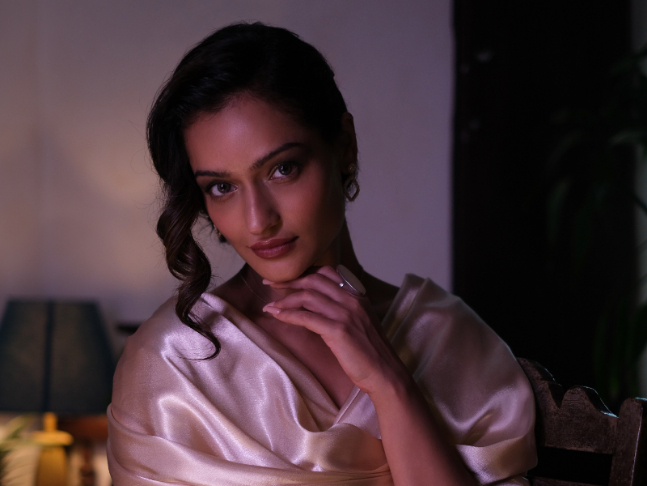 How did such a fantastic cast come together?

The cast in this show was the writer/director’s first choice, and was supported by me as a producer and that just happened as planned.

The script was fantastic and that’s how a fantastic cast came together.

The concept is very different. Did you find it difficult to convince people associated with the project to come on board?

The only person I had to convince was Shailender, to write and direct JL50. Yes I was initially met with an ‘India mein aisa sci-fi concept nahi chalta’ but as I said, it was a calling from God. It was meant to be and so it is!

Once the script was bound and copyrighted, I had no difficulty convincing anyone at any stage to associate with the project. What was written in that script was subject to everyone’s own imagination of it but the show is now what was imagined by Shailender and myself  4 years ago. I hope the show now does it’s own job to convince the final leg of association on this project - with the people, for whom I actually made this movie. 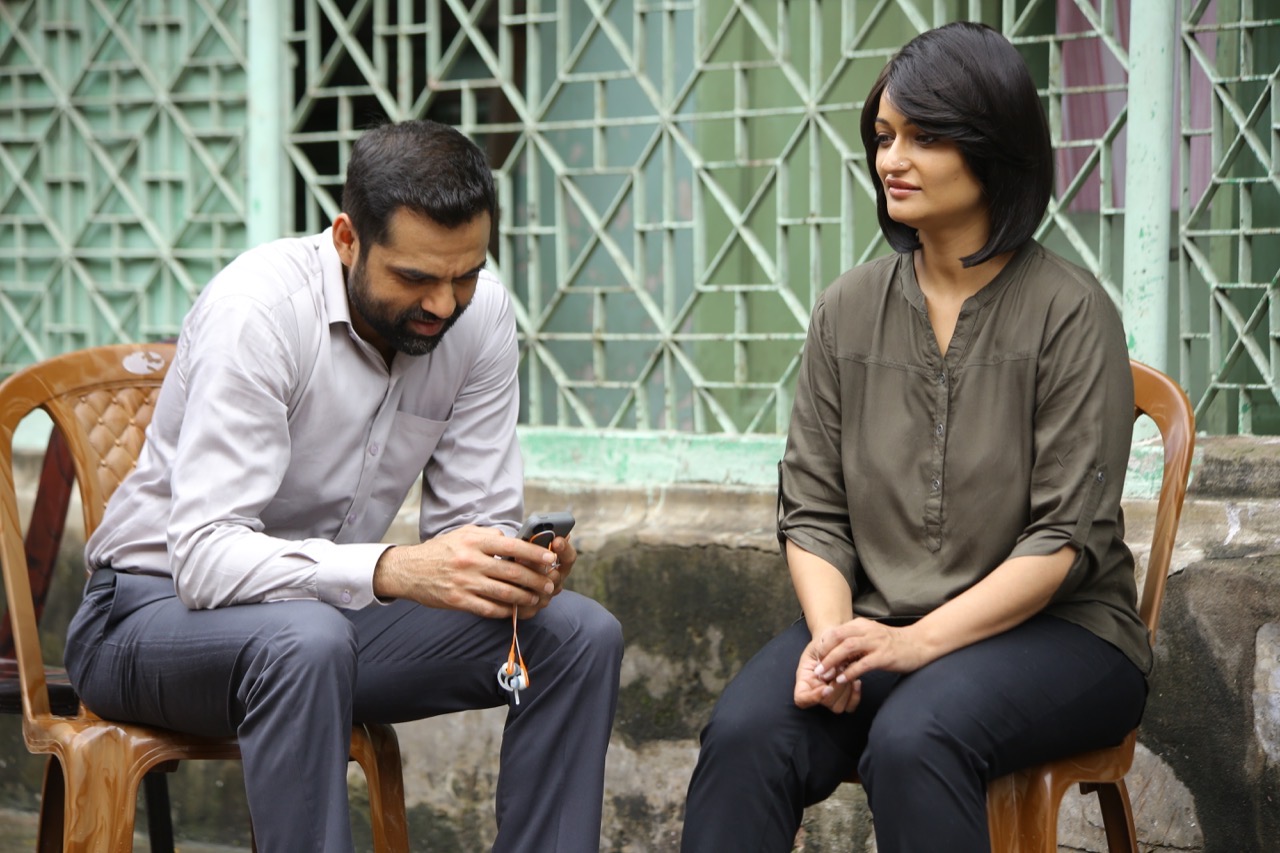 It makes me quite happy and encourages me to see that a lot of the leading women actors of our industry are producing content. I may have taken an opposite approach in producing first to pave my path to my dream of acting and in turn found a love for producing content that I believe in; but I’m not sure I can say that we do not have many women producers in the industry. On the contrary, I would say that more and more such women turning producer, sets an example for many other women like me to not give up on their dreams and rise above the challenges. As a note of encouragement I will add that producing creative content requires both organizational skills and compassion for the art form; and in most circumstances, women are both, extremely organized and are known to be nurturers by very nature.

As a woman producer, there is no doubt that I have faced many challenges, where I’ve had to fight for my own rights on many occasions, while also protecting the creative, legal and financial sanctity of the projects and their stakeholders. Just like any other profession, it is a man’s world, but the world is a big place and if you follow your path with trust, confidence and honesty; you will find men who will champion your cause with you. I found men like that and the surprise element of not expecting it, made the journey even more adventurous.

You succeeded in making this project that finally premieres on OTT for audiences to see, but there has been a lot of conversation around nepotism. what do you hv to say about conversations around insider vs outsiders.

I can’t speak on the subject of insider vs outsider and/or nepotism from a personal experience standpoint but it’s clearly a reality given the conversations and experiences of others I’ve heard though my journey. It’s not just in our industry but across all forms of industry and corporate structures, even governments. The public nature of our industry certainly is one among other reasons for it being the front face ambassador of the topic. Regardless of where insider/outsider/nepotism approach is being operationally favoured over merit/talent/capability of individuals, it is condemnable.

My approach to any challenge in life has been to rise above the challenge. The Bhagvad Gita says ‘karm karo, phal ki ichha mat karo’ - to work without expectation! It’s a hard task but I constantly strive to operate from that understanding. It also makes the challenges look small when you don’t expect an outcome. So I only do my work and continuously strive to rise above the challenges. This approach in life so far has been successful for my path. I guess time will tell, if this approach will continue to be successful. I may be in a better position to comment more on the subject then. 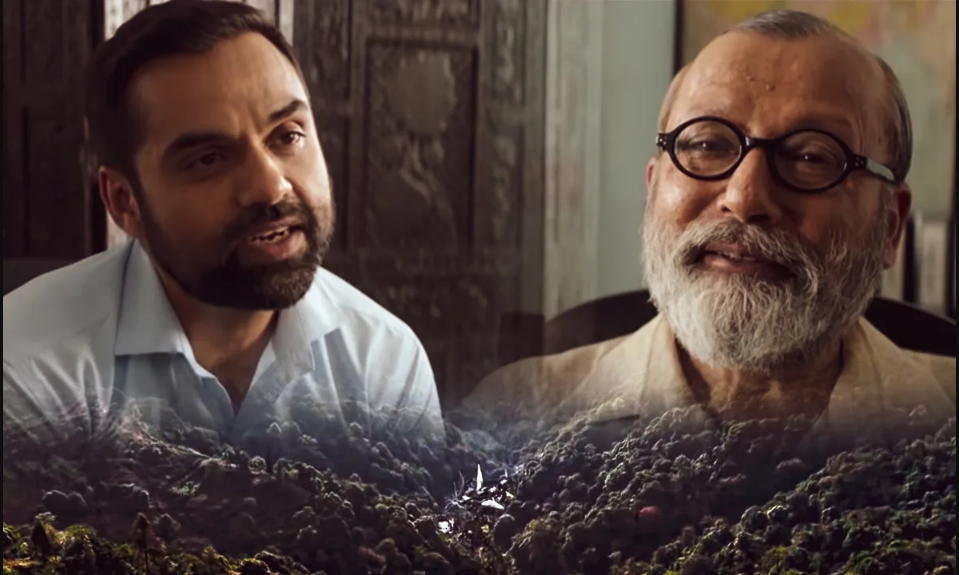 I’m currently working with writers to develop 2 web series, once again very close to my heart. One script is fairly close to developed and the other has just started development. Both Canadian content and a key creative Canadian crew but will be shot almost entirely in India. Tentatively titled Paraaya - a children’s horror comedy and The White Monk -  a manhunt drama revolving around a chase for a man on the run but with a very interesting twist.

And yes, I will also continue to act in both of the above projects,  characters and role being satisfying to my thirst as an actor.

Apart from these I’ve co-produced a beautiful film titled Palki, on a very important take on the subject of empowering our women. I have also acted in the film along with Piyush Mishra ji and Rajesh Sharma ji. I’m in conversation with OTT platforms on that project as well and will hopefully be able to bring it to the people soon.