Advertisement
HomeBOLLYWOODENTERTAINMENT NEWSWe’re a decade apart, yet he thinks way ahead of me: Kareena Kapoor Khan on husband Saif Ali Khan

Talking about her equation with Saif, Kareena told the magazine in an interview, “Saif’s a great husband and an extremely good father. When I met Saif, he was calmer with himself. The timing was right. We’re a decade apart, yet he thinks way ahead of me.” Saif and Kareena are currently quarantining at home with their 3-year-old son Taimur Ali Khan. 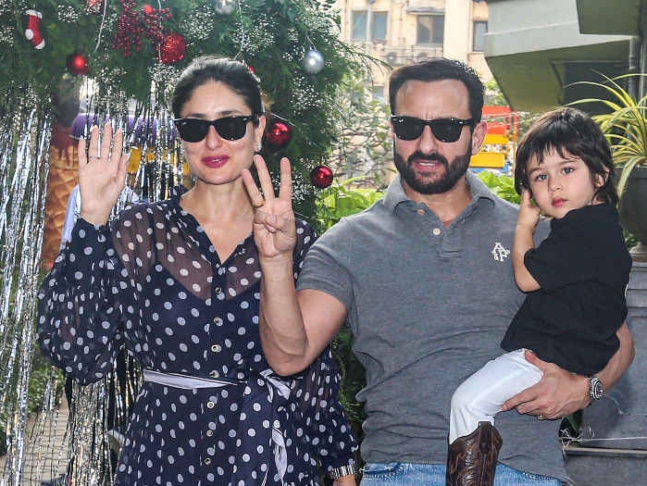 On the work front, Kareena will next be seen in the upcoming film Laal Singh Chaddha opposite Aamir Khan. Laal Singh Chaddha, was set for a Christmas 2020 release, but the film will now arrive on Christmas 2021, owing to the ongoing Covid-19 pandemic. It is based on the 1994 Tom Hanks blockbuster Forrest Gump. Portions of the film has already been shot in Chandigarh and Kolkata before the nationwide lockdown was imposed. The film is adapted by Atul Kulkarni and directed by Advait Chandan. She is also a part of Karan Johar's multistarrer Takht, which also stars Ranveer Singh, Anil Kapoor, Alia Bhatt, Vicky Kaushal, Bhumi Pednekar and Janhvi Kapoor.