Advertisement
HomeBOLLYWOODENTERTAINMENT NEWSI’ve been dropped out of many movies at the last minute, used to feel like a huge sense of loss: Divya Dutta

I’ve been dropped out of many movies at the last minute, used to feel like a huge sense of loss: Divya Dutta

Divya Dutta, who has given some of the most powerful performances in Hindi cinema, recently opened up about being dropped from films last minute. The acclaimed actress said that she was initially hurt but she eventually learnt to deal with it and make the best of the opportunities she had.

In an interview with a leading daily, Divya said, “It used to feel like a huge sense of loss, coming and being rejected or being told on the phone that someone else has been roped in. I’ve been dropped out of many movies at the last minute so that hurts because you feel sheer helplessness because you know how good you could’ve been in that role.”

Divya said that her mother helped her take the rejections in her stride. “My mother used to ask ‘Why are you upset?’ then I would say, mom, ‘I’ve been thrown out of the film, why? I don’t know.’ So she says ‘Does that stop your life? Life never stops and tomorrow’s another day.’ In fact, it’s strange that the people who have dropped me, I have worked with them a few years later with better roles,” she said. 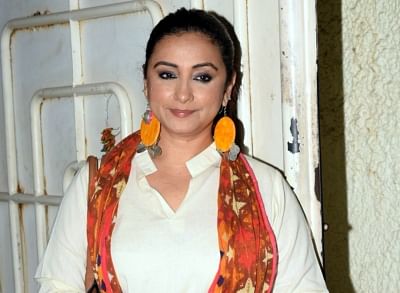 Divya said that it was important to make the best of the opportunities one got. “It’s your life and so you have to make what comes your way and there’s no other way. So I think I have been that way, wanting to leave all these rejections and get the best of what I had.”