Advertisement
HomeBOLLYWOODENTERTAINMENT NEWSTahir Raj Bhasin wishes Sunil Gavaskar on his 71st birthday, says 'It was incredibly encouraging to have him on the sets of 83'

Legendary Indian batsman Sunil Gavaskar turned 71 today. Tahir Raj Bhasin, who plays the on-screen Sunil Gavaskar in Kabir Khan’s '83, wishes the iconic cricketer by saying he has inspired generations of sportsmen and women of our country. Tahir had picked Sunil’s brain while prepping for the role and considers the cricketer’s inputs to his preparation process invaluable.

“I would like to wish him a very Happy Birthday, good health, great energy, and a lifetime of happiness. I would also like to thank him for the generations of sportsmen and women that his grit, commitment, and career has inspired,” said the Chhichhore actor.

Tahir had extensive sessions with the legend as the two interacted on the sets of the film '83 too. The actor said, “It was incredibly encouraging and at the same time daunting to have Sunil Gavaskar visit the sets of '83. He has an aura of ease and style that charmed everyone. Spending time with the master also helped me understand the mind of a champion sports star and how it battles challenges. This is something that I have imbibed and continue to carry with me long after we wrapped the film's shoot.” 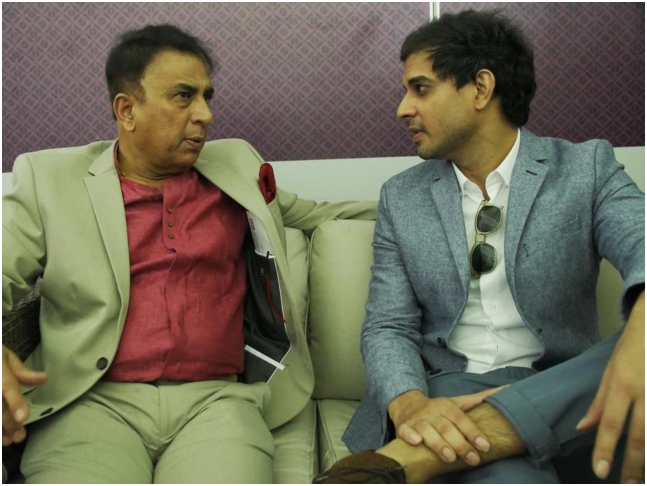 Recommended Read: Akshay Kumar's Sooryavanshi to release on Diwali and Ranveer Singh's '83 on Christmas this 2020

The producers of his next big ticket film, '83, starring Ranveer Singh have announced that it would release this Christmas. Tahir is obviously excited about the development as Coronavirus pandemic derailed it’s earlier release plans. He said, "Public health and safety has to be the first priority in our new world and I’m elated that once the dust settles and adequate safety norms are put in place the audience will finally watch the film in theatres. The sense of nostalgia and uncompromising scale on which 83 has been envisioned is what drew me to this exciting project. Viewing the film as a community is what will give people a sense of being in a real stadium and this will enhance their experience."