Sushmita Sen's brother Rajeev Sen made the right noise when he announced his wedding with television actress and longtime girlfriend Charu Asopa early last year and soon, tied the knot. The two became quite famous for their lovey-dovey pictures on Instagram but looks like a year after their wedding, now their relationship has hit a rough patch. Gossip mills are churning out rumours that Rajeev's and Charur's marriage has hit rock bottom.

Reports suggesting their problematic relationship went viral after Charu recently dropped Rajeev's surname. Adding to the rumours, now the two have deleted all their wedding photos from social media. It is only last month that a source had told a leading daily about the issues between the couple. "Charu and Rajeev had serious compatibility issues right from the beginning. Things finally came to a head and Rajeev left for Delhi. The two have not been in touch since then. While Charu has dropped his surname on social media, he has blocked her from all channels of communication," the source said. Reportedly, Rajeev clarified that he went to Delhi for work and claimed that all is well.

However, no statement or clarification after them deleting their wedding photos has come from the couple yet. 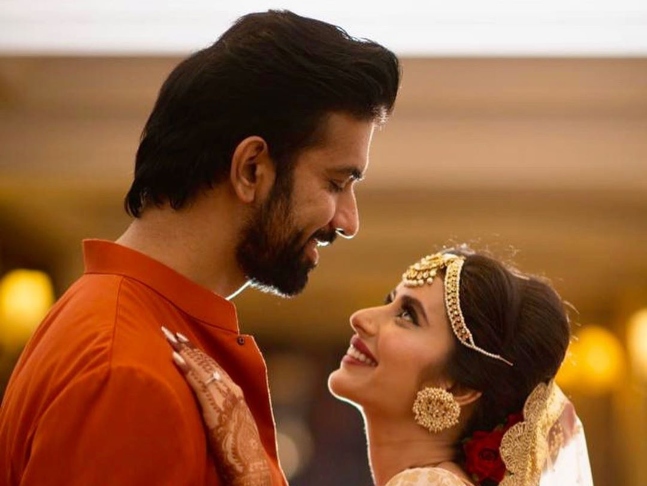 Charu, a popular face on television, made her relationship official with Rajeev in January this year. Rajeev's sister Sushmita was in awe of the couple and shared her excitement through regular Instagram posts for them. The couple, who seem to be much in love, never shied away from doing the necessary PDA and share pictures frequently. The two tied the knot in Goa on June 16, 2019, with family members in attendance.

On the work front, Rajeev is all set to make his big Bollywood debut with Vivek Oberoi backed Iti.