Advertisement
HomeBOLLYWOODENTERTAINMENT NEWSDigangana Suryavanshi to feature opposite Arjun Rampal in 'The Battle of Bhima Koregaon'?

PeepingMoon.com, on April 11 this year, informed its readers that Arjun Rampal will be seen as the hero of the Mahar community in the upcoming film titled The Battle of Bhima Koregaon. The project which is an 1818 period drama by Ashu Trikha went on floors in February this year, the shoot came to a standstill due to Coronavirus pandemic. Now, in the latest development surrounding the film, it is being reported that Digangana Suryavanshi will be seen as Arjun's love interest. As per a source, nearly 50% of the shoot has been completed and the actress has also shot for action sequences with Arjun.

"Digangana has also done a few fight scenes alongside Arjun Rampal in the film, which is about halfway complete. The shoot happened in KD Studios where a huge set still remains erect. The team is waiting for the shoot to resume at the ND studios. Digangana is a confident heroine and participated in the fight scene, giving a tough competition to the warriors on the reel. She may have a few more scenes in the film on the battlefield, and she also plays the love interest of Arjun Rampal," the source told. 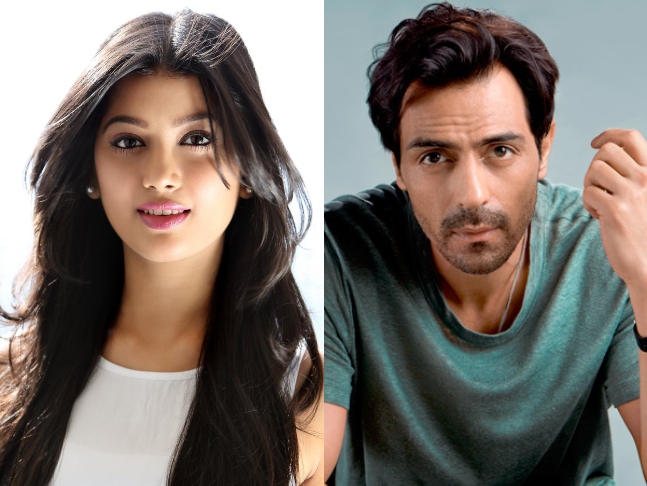 Digangana started off her acting career with television shows like Shakuntala, Ek Veer Ki Ardaas... Veera and also participated in Bigg Boss 9. Her Bollywood debut film was FryDay and then she appeared in Mahesh Bhatt's Jalebi. She is currently waiting to resume the shoot of her next Telugu film titled Seetimaarr.

Speaking of The Battle of Bhima Koregaon, it is based on the historic combat of January 1, 1818, in which 800 Maharashtrian Dalits of the British forces defeated an army of 28,000 led by the Peshwa. It was part of the Third Anglo Maratha war that put an end to the Maratha empire and laid a strong foundation for the British in India. The Dalits celebrate this battle as a victory of Mahars over the injustice meted out to them by the Peshwas and pay homage to their martyrs every January 1st by gathering at Bhima Koregaon where a victory pillar is built in the memory of the battle.