Advertisement
HomeBOLLYWOODENTERTAINMENT NEWSFlashback! She was like a daughter to me: When Saroj Khan confessed there was 'no one like Sridevi'

Ace Bollywood choreographer Saroj Khan passed away from cardiac arrest in the wee hours of Friday on July 3, 2020. She was admitted to Guru Nanak hospital on June 17 after complaining of chest pain. The veteran choreographer was 72.

Saroj, who was lovingly called 'Masterji' in Bollywood worked in over 200 films and was loved by many but her first break as an independent choreographer came only in 1974 with Geeta Mera Naam. However, even after that, Saroj ji had to wait for 13 years after which she got her due with Mr India’s Hawa Hawai and Kaate Nahin Kat Te in 1987. It was a huge success with Sridevi dancing her heart out to Saroj's choreographed steps,. It won't be wrong to say,  Sridevi's best work was in collaboration with Saroj Khan.

Sridevi passed away in February 2018. 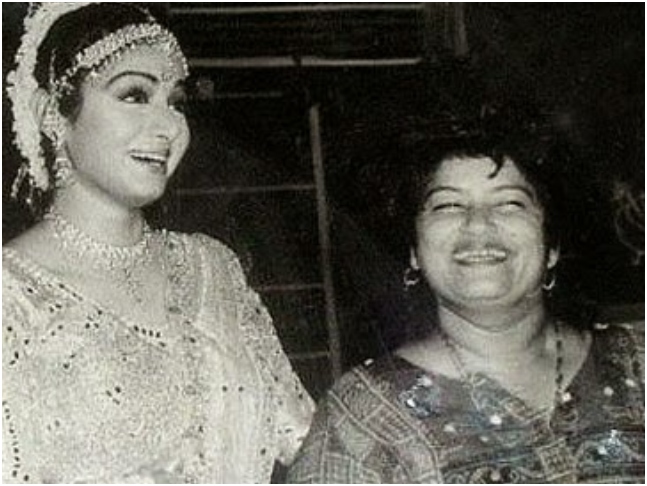 Recommended Read: RIP Saroj Khan: When Madhuri Dixit paid a tribute to 'the lady who contributed to her success as a dancing diva' at IIFA 2019

The duo worked in films like Nagina (1986), Chandni (1989), and many more during the 80s' and 90s', conquering Bollywood dance scenes, one choreography at a time. It was Saroj ji who gave the ‘idea of sensuality’ a place in Bollywood, without being crass.

After Mr. India, Masterji again directed Sridevi in Yash Chopra’s Chandni that went on to become a super hit. Nobody could make the sway of a saree on the Alps and Mere Haathon Main like these two. Together the two belted out a string of successes with films like Judaai, Mr. Bechara, Khuda Gawah, Lamhe, Watan Ke Rakhwale to name a few.

According to the choreographer, who had a long and special association with the actress, revealed in an old interview that Sridevi didn’t take things easy and would come fully prepared for her shoot armed with different costumes, wigs, and hairdos, and creative ideas - well in advance. “She was very particular about what would finally be shown on screen and how she will be presented in every song. She would come on shoots with many suitcases. Even for her roles, she dressed appropriately and she always wanted to look the part,” said Saroj. 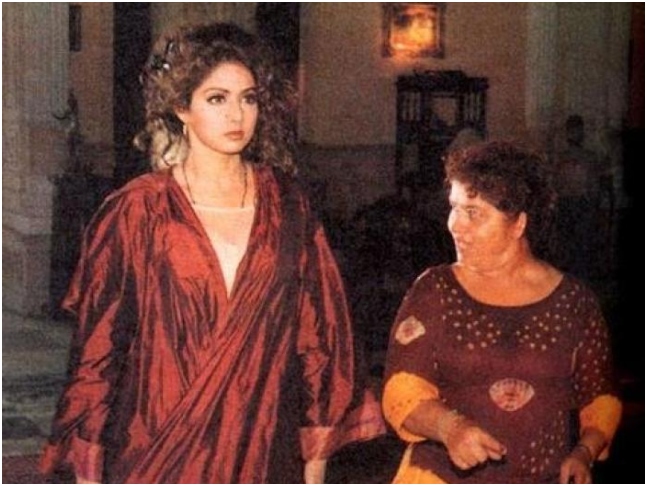 However, the two had a brief fall-out, apparently with Madhuri Dixit’s arrival in the films, and Sridevi and Saroj ji decided to take a break from working with each other for some time. Later, after about a year, they sorted out their differences and were back together, stronger than ever.

When Sridevi had passed away, Saroj ji was heartbroken and had said, "I was the luckiest one because apart from being such a fine professional, she was a great friend as well. I still can't believe that she's no more. It's so tragic. There was no artist like her, absolutely no one. She was the best human being and a dancer. She was like a daughter to me. I am shocked and deeply saddened," she added.

Their relation was of good friends, co-workers, and even rivals at one point.

Today, when Saroj Khan left for the heavenly adobe, Sacred Games 2 director Neeraj Ghaywan tweeted a throwback photo of Bollywood's dancing duo and wrote, "These two are already on to their new song up there! Go in peace, #SarojKhan!"

These two are already on to their new song up there!