Bollywood choreographer Saroj Khan, who passed away this morning of a heart attack at 72, must already be entertaining the Gods by practicing her steps in that big studio in the sky. Giving the Grande Dame of Dance the cue will be her muse Sridevi, who was the first big actress Saroj choreographed in Bollywood. I can just see them doing Hawa Hawai from Sridevi’s path-breaking film Mr. India of 1987, the Gods sitting around and watching appraisingly. 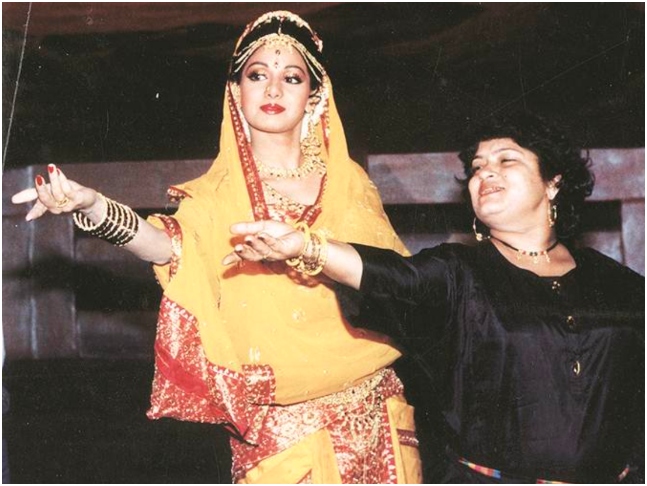 From the Archives: Saroj Khan with late Sridevi

Saroj had been working as an independent Bollywood choreographer since 1974. But fame came to her only after she gave Sridevi the lead in Mr. India. There was Chandni after that in 1989. If Sridevi brought grace and elegance to Saroj’s dance steps, then Madhuri Dixit breathed soul and sensuality into her choreography with Ek Do Teen in Tezaab (1989), Tamma Tamma Loge in Thanedaar (1990) and the two songs that defined the actress – Dhak Dhak Karne Laga in Beta (1992) and Choli Ke Peeche Kya Hai in KhalNayak (1993). Which all seems like a flashback now with Sridevi and Saroj not on the scene. From the Archives: Saroj Khan with Madhuri Dixit Nene on the sets of Kalank

I did not know Saroj, but I knew she had choreographed over 2,000 hit songs for Bollywood, and was continuing to do so despite having severe diabetes and other related health problems. She made dance look easy, said Akshay Kumar in one of the first tributes to Saroj this morning. And he’s right. On screen, you never saw Saroj’s creativity or recognized her effort because her choreography was executed by actresses who ran away with the applause and awards and in whose beauty and sexuality the viewers got lost.

It was only after 2005, when Saroj started appearing on reality dance shows on TV as a celebrity judge, that you got a measure of the dancer in her nimble footwork and the actress in her coquettish expressions. I will say this for her, she was really the best judge of these popular dance shows. I don’t know where she learned how to dance. But she knew her stuff. And she was able to carry off what she was not familiar with by putting her hip, her pursed lips and arched eyebrows into such breathtaking jhatak and matak, that today’s choreographers and GenNext dancers could only look on in awe. 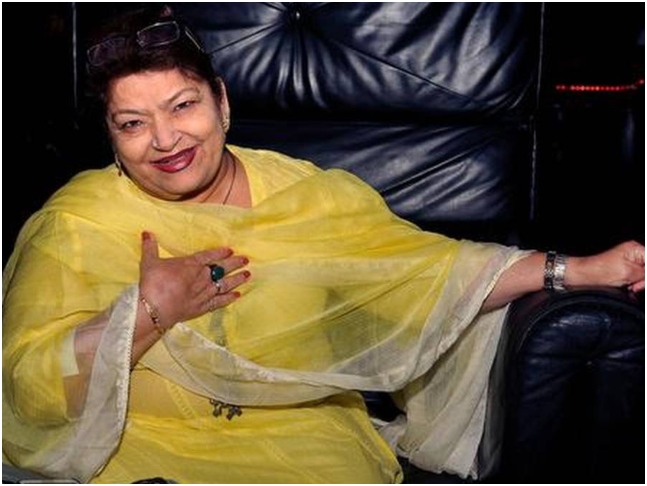 From the Archives: Saroj Khan

There’s one more thing about Saroj that today’s superstar judges of dance shows on TV don’t all have. She was an honest critic. A participant could not win her favour by rushing to the judges dais and touching her feet or kissing her cheek. That’s par for the course now. She watched the performances with an assessing eye, head tilted slightly, and if she liked what she saw she made her appreciation known by standing up and whistling. But if she was disappointed, Saroj did not mince her criticism, then she would get up and demonstrate how the dance ought to be done. Light and balletic on her feet, classic and stylish in her moves, controlled and refined in her expression. Just happy and proud to be up and dancing before an audience. That was Saroj Khan’s ‘This Is It’ moment. RIP.

He promised to come back from hospital in three days and teach me acting but never returned: Babil I Khan as he accepts Irrfan's posthumous Filmfare trophy