The brutal killing of an African-American 46-year-old security guard named George Floyd in Minneapolis brought to fore the systemic discrimination prevalent all over the world. As a measure to create awareness about the rights stated in the United Nations Universal Declaration of Human Rights and the Indian Constitution, United for Human Rights has teamed up with Bollywood celebrities like Sonakshi Sinha, Ashwiny Iyer Tiwari, R Balki, Nandita Das, Shonali Bose and Alankrita Shrivastava to launch their initiative titled Born Free and Equal.

In the podcast series for the initiative, these celebrities will be sharing their motivational stories about their struggles and successes. As per reports of a leading daily, each story will underline the importance of a specific human right. Sonakshi will reportedly start the series over the weekend and will focus on the importance of the Right to Education. Filmmaker R Balki and Ashwiny will discuss Freedom of Expression and domestic violence respectively. Nandita will talk about the problem of caste discrimination. 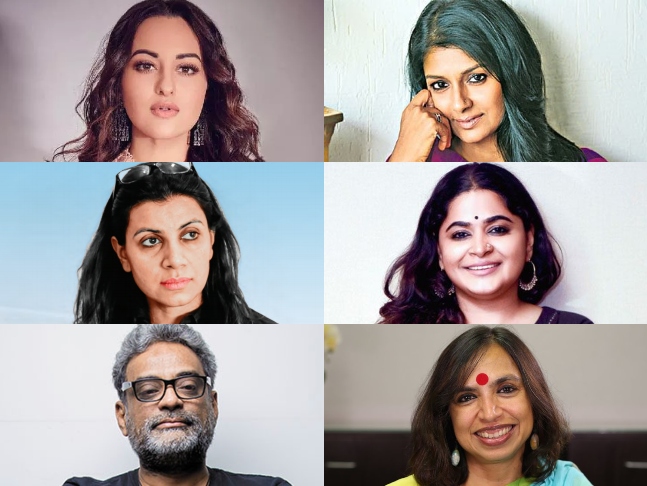 Recommended Read: Took snap of a finger to get rid of following of 16 million: Sonakshi Sinha goes the Thanos way after deactivating her Twitter account

Talking about the initiative, Sheena Chohan, international ambassador for United for Human Rights, said, "Artistes are not only the most admired members of society, but the most listened to, so we teamed up with some of the artists with the biggest hearts and biggest voices to lend those voices to the human right they most care about and the response has been overwhelming. Our goal is to reach the maximum number of Indians with these brave artists' motivational stories about their struggles, successes and passionate ideas on how to bring this right to life, as well as the practical information about basic rights so that, through awareness of these rights, we can help bring equality, peace and unity to the country, at this time of crises."