It is no new secret that Karan Johar's twins Yash Johar and Roohi Johar are amongst the most popular children in B-Town. With a large friend circle like their 'dadda', the three-year-old kids share a special bond with Kareena Kapoor Khan's son Taimur, Rani Mukerji's daughter Adira, Soha Ali Khan's daughter Inaaya and many others. But did you know Yash and Roohi look up to their close friend AbRam Khan as an elder brother? Well, yes. Karan, during an interview with a leading daily, mentioned that Shah Rukh Khan's and Gauri Khan's son, is Yash's and Roohi's 'big brother'. The filmmaker added that his twins adore Alia Bhatt and said she is extra special for tying rakhis.

"There is AbRam, who is a little older, and Yash and Roohi really look up to him as a big brother! Another person they absolutely adore is Alia didi, she has been tying rakhis on them so she is extra special," Karan said. 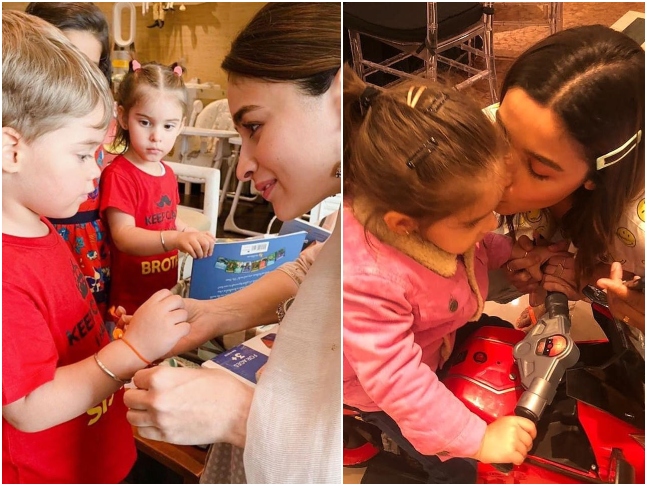 Recommended Read: Yash-Roohi recognise Amitabh Bachchan from a kids ad; Shah Rukh Khan is never 'uncle' for them, they only know him as AbRam's dad: Karan Johar

Karan, during the interview, told that ever since Yash and Roohi were born, his cousins and industry friends have happily taken over the responsibilities of bua, didi and chachu. "From my cousins to the friends in the industry, everyone has rallied behind me and happily become Yash and Roohi’s didi, bua, chachu," he said.