Sushant Singh Rajput, who committed suicide at his home in Mumbai, this morning was said to be dealing with depression. The actor was 34. He debuted in Bollywood with Kai Po Che! and was last seen in Chhichhore. Sushant was found hanging at his Bandra home in Mumbai earlier this morning. Some of his friends were also at home when his body was discovered. His body was found hanging from the ceiling fan.

Several friends from the industry are mourning the death of the actor. Not only this, Sushant's ex-girlfriend Ankita Lokhande posted a quote this morning around the same time as the news of the actor's suicide came in. The quote read, "God removes people from your life because he heard conversations that you didn't hear". However, the actress deleted the quote from her Instagram story soon after. 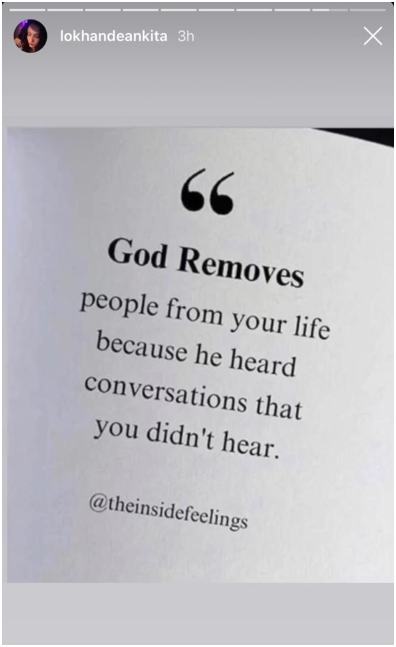 For the unversed, Ankita and Sushant dated for several years during their famous television show Pavitra Rishta. They broke up a few years back and Sushant was now said to be dating Rhea Chakraborty.

Sushant was born in Patna. He is survived by his two sisters and father, Dr KK Singh. Sushant lost his mother in 2002 when he was only 16 years old.