Sushmita Sen’s and Rohman Shawl’s love story is one of the most adorable things on social media. The couple keeps posting lovey-dovery pictures on their respective pages, shelling out relationship goals. Now, locked in together at home, the duo keeps motivating their fans with workout videos together. But not many know that the two met in the most unusual manner and Rohman, initially hid his age from Sush because he was 15 years younger.

In a recent interview, Sushmita opened up about the bond she shares with her boyfriend. She also spilled some secrets like how he had hidden his age from her during their initial conversations. The couple has a 15-year age difference - while she is 44, he is 29. Speaking to an entertainment website, she said, "Initially, he kept hiding his age for some reason. I would keep asking him, 'So, how old are you? You look so young.' And he would be like, 'You guess!' Later, once I realized how young he was, as to why he didn't want that to get in the way of this conversation. So yeah, we did not really choose this, it was chosen for us. It was destined," she said.

Recommended Read: Watch: Sushmita Sen remembers her ‘Miss Universe 1994’ winning moment, thanks beau Rohman Shawl as he pens a lovely wish for her

The Aarya actress also narrated how she met Rohman on Instagram while she accidentally found him in her DMs. She said, "I don't check my DMs, I never opened direct messages. I was shouting at somebody in the house because they had just broken a glass and I had a touch screen phone in front of me and I was just scrolling direct messages and I don't know while saying something, I accidentally pressed and opened this message. And there is a gentleman there playing the guitar and saying the loveliest things and I am thinking, 'Who is he?'" 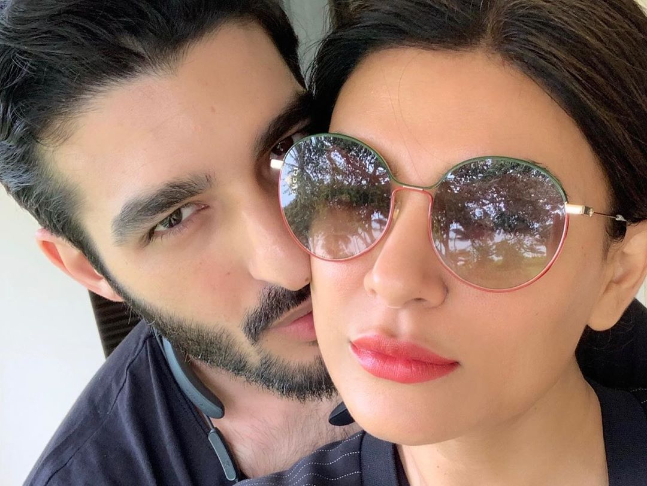 She continued saying, "There was this very good looking sweetheart of a man who was just honestly telling me something so I responded back to him and forgot about it. From there started a conversation because I actually believe niceness begets niceness. He was so nice, open and kind. He (Rohman) kept hiding his age for some reason. I kept asking him how old are you and he was like, 'You guess'. Then I realised how young he was and as to why he did not want it to get in the way of this conversation. So yeah, we did not really choose this. It was chosen for us."

On the work front, Sushmita is making her comeback with Hotstar+ Disney's Aarya. The show releases on June 19, 2020.