Unlike us, Rishiji never ran to the monitor: Juhi Chawla pays a heartfelt tribute to late Rishi Kapoor 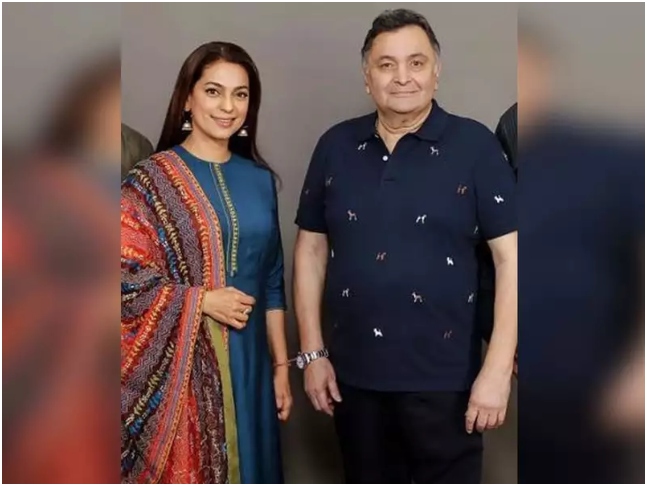 Paying an ode to two legends who passed away in April, Rishi Kapoor and Irrfan, the June issue of Filmfare pays a heartfelt tribute to the duo.

Rishiji's co-star in films like Eena Meena Deeka, Bol Radha Bol, Chandni, Darraar, Chashme Baddoor, Ghar Ki Izzat, Izzat Ki Roti, Saajan Ka Ghar, Chalk N Duster, and Luck By Chance, among several others, Juhi Chawla reminisced the good old days of working with the actor. The actress poured her heart out about the memories shared with him on sets. She narrated an incident about Rishi Kapoor’s strict discipline and work ethic where Juhi revealed, “While shooting for a movie, unlike us Rishiji never ran to the monitor. Often, I would check my hair and makeup on the monitor. Then I would quickly run back to my shoot again. Rishiji would see this and say, ‘What's this bad habit you all have? It shows how insecure you are as an actor. The monitor is not for you, it's for the director.’ At times you felt he was scolding you. But that was his warmth.”

Recommended Read: I was devasted, the grief was too much: Juhi Chawla pens a heart-wrenching note for her co-star and friend 'Chintuji' Rishi Kapoor on his sudden demise

Post-Rishiji's demise on April 30, Juhi penned down a five-page-long heartfelt letter and shared her fondest memories with him including the ones from the shoot of his last film Sharmaji Namkeen. The veteran actor passed away after a two-year-long battle with leukemia.

Chintuji through my eyes ♥ Goodbye my friend!

Contrary to reports, Rishi's last film with Juhi will see the light of the day. Producers Farhan Akhtar, Ritesh Sidhwani, Honey Trehan, and Abhishek Chaubey will tweak a few scenes required to take Sharmaji Namkeen to the finish line and release it.