Advertisement
HomeBOLLYWOODENTERTAINMENT NEWSThat's news to me, will take things as they come: Madhuri Dixit Nene on reports of 'Khalnayak 2'

That's news to me, will take things as they come: Madhuri Dixit Nene on reports of 'Khalnayak 2'

Ever since director Subhash Ghai has admitted working on his 1993 superhit Khalnayak sequel starring Sanjay Dutt, Madhuri Dixit, and Jackie Shroff, reports have been doing the rounds if the original starcast will reunite for the films second part or not. While Sanjay has admitted Khalnayak 2 is in pipeline, film's heroine Madhuri Dixit Nene does not seem to be aware of the developments!

Khalnayak features one of Madhuri's most famous songs, Choli ke peeche kya hai, and a lot of her fans have been hoping to see her in its sequel too. When asked about the sequel, Madhuri told a media agency, "That's news to me. I have no idea. It is a surprise for me." 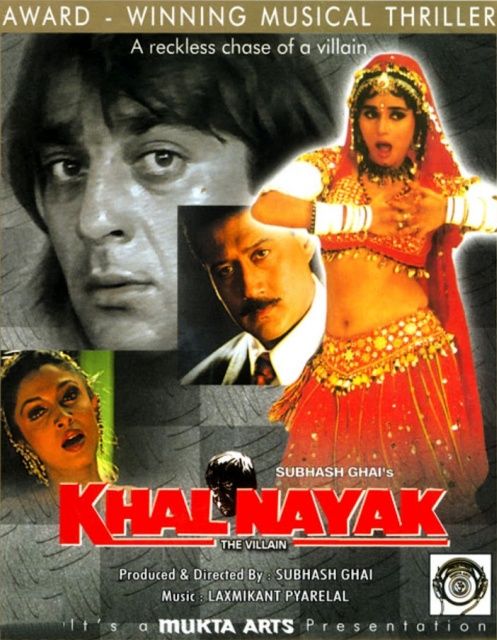 "It depends on the script, how they are planning to do, where they want to shoot. I think we will take things as they come," she further said when asked if she would like to continue with the film's story that revolved around the escape and attempted capture of the criminal Ballu (Sanjay Dutt) by the cop Ram (Jackie Shroff) and his girlfriend, officer Ganga (Madhuri). In fact, she said she hasn't really given a thought to remakes or sequels of any of the films that she starred in!

"I think it's up to others," said the actress, who has delivered superhits like Tezaab, Dil, Saajan, Hum Aapke Hain Koun..! and Dil To Pagal Hai.

For the unversed, Sanjay had also revealed that his production house has approached Tiger Shroff to play a vital role in the film.

As of now, Madhuri is looking forward to getting back to the studios after a long break due to the coronavirus-induced lockdown. "After the lockdown, I will resume my projects like 'Dance Deewane' and a Netflix project. I will be back to the studios," she said.

Last year, Madhuri had made her debut as a producer with the Marathi film "15 August". She followed it up with a second Marathi production, Panchak. Will she be taking a break from her duty as a producer due to the pandemic? "I think the pandemic will dictate whatever we do. I don't know when things will open up completely when we can start new projects. First, we will take care of projects that we are already doing," she said.

Even though she was not shooting for shows or movies in the last three months, she kept herself busy with various things, including singing. She recently released her first song, Candle, as a singer, explaining that Candle is a symbol of hope, positivity, and faith for her.