Advertisement
HomeBOLLYWOODENTERTAINMENT NEWSJanhvi Kapoor reveals the funny nickname given to her by father Boney Kapoor: He calls me 'Headmaster'

Janhvi Kapoor reveals the funny nickname given to her by father Boney Kapoor: He calls me 'Headmaster'

"Staying at home is still the best solution we have. Stay safe everyone" were Jahnvi Kapoor's words when a few weeks back her househelps were tested COVID positive. The Gen Y star has been admitting at various platforms about the necessary precautions her family is taking. Along with that, be it her cooking fiestas or her love for food among many other things, Janhvi has been giving us a peek into her life during the lockdown.

Now, in an interaction with a film's magazine digital platform, the rising star candidly revealed the funny nickname, ‘Headmaster’, given to her by father Boney Kapoor. Reason being her overly cautious attitude concerning the pandemic. As per Janhvi, her father somewhere enjoys her being in charge. “He calls me ‘headmaster’ now. He’s enjoying it and shows off to his friends. When he’s on the phone and I enter the room, I start asking if all the precautions are in place. He tells his friends, ‘I’ll call you later, the headmaster is here’. He pretends he’s annoyed. But actually, he enjoys saying that’,” shared the doting daughter.

Recommended Read: As we said it! Janhvi Kapoor's Gunjan Saxena: The Kargil Girl to release on Netflix, makers unveil an intense poster along with a video 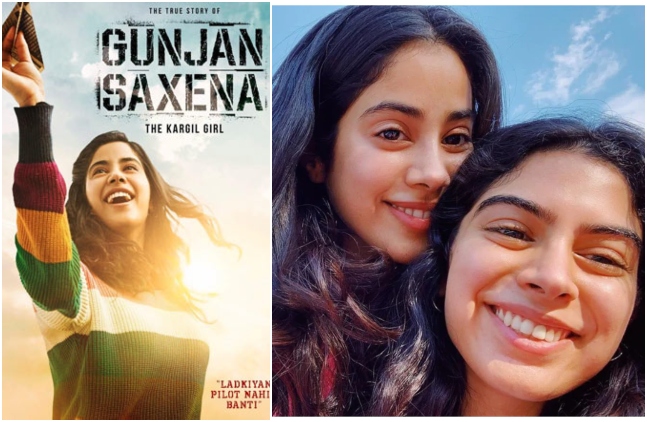 The ‘It Girl’ was recently in the news when based on the real-life story of former IAF pilot Gunjan Saxena, Janhvi's film Gunjan Saxena: The Kargil Girl's first look was released and received praises from all quarters of the industry. The Karan Johar’s Dharma Productions venture will be released directly on Netflix due to the ongoing lockdown.