Advertisement
HomeBOLLYWOODENTERTAINMENT NEWSWish me luck as you wave me goodbye: Neetu Kapoor and Riddhima Kapoor Sahni remember Rishi Kapoor on his one month death anniversary

Neetu Kapoor, Raddhima Kapoor Sahni, Bharat Sahni and Armaan Jain remembered late Rishi Kapoor on his one month death anniversary. The actor passed away on April 30 after a long battle with leukemia.

“Wish me luck as you wave me goodbye Cheerio, here I go on my way With a cheer, not a tear, in your eye Give me a smile, I can keep for a while In my heart while I'm away

Rishi and Neetu tied the knot on January 22, 1980. Before their wedding, the duo appeared in films such as Kabhi Kabhie, Khel Khel Mein, Amar Akbar Anthony and Zehreela Insaan, among others. They are parents to actor Ranbir Kapoor and jewelry designer Riddhima Kapoor Sahni.

Recommended Read: Rani Mukerji remembers Rishi Kapoor as 'Hum Tum' clocke 16 years, says 'his demise has been a double loss for me'

Daughter Riddhima also shared a family photo and remembered him. 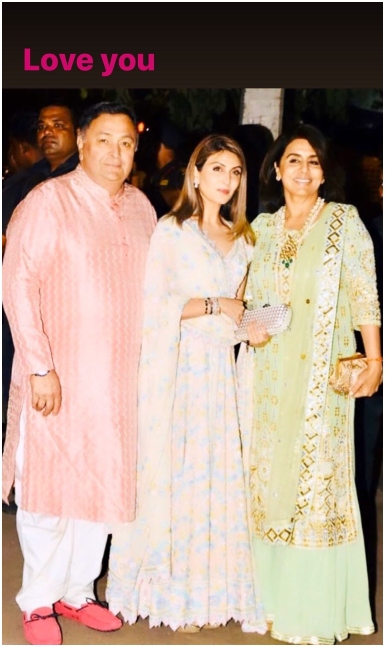 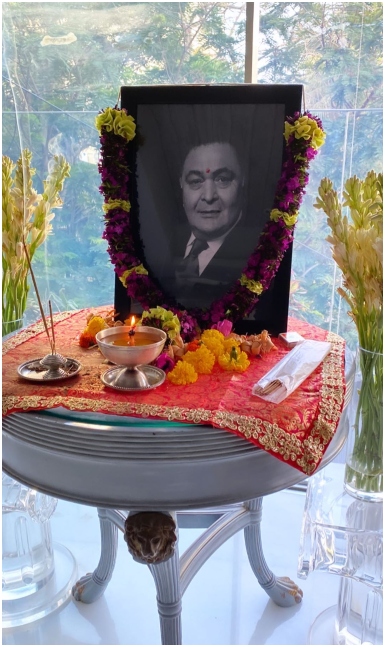 Rishi's son-in-law Bharat Sahni shared a photo of him a month after his demise. 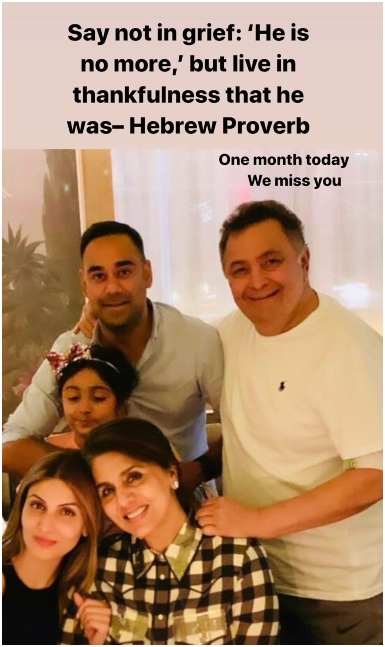 Armaan also dedicated a post to his 'Chintu Mama'.

Lunches at Devnar Cottage will never be the same... Words aren’t enough to describe the amount I love and miss you, each one of you has such a distinct place in my heart Naniji Ritu Masi & Chintu Mama - memories to last a lifetime !!