Like in Shoojit Sircar’s ‘Piku’ in Kolkata, Amitabh Bachchan roams around Lucknow unrecognized during ‘Gulabo Sitabo’

Maybe it is working on a Shoojit Sircar film that brings out the adventurous and even naughty side of Amitabh Bachchan. Maybe it is his excitable characters from these films that encourages the actor to take liberties he would otherwise hesitate to. But if you thought his roaming around Lucknow unrecognized as the landlord Mirza Sheikh from Sircar’s Gulabo Sitabo was Mr. Bachchan’s first experiment in character outdoors, think again.

In 2014, when he was shooting Shoojit Sircar’s Piku, Mr. Bachchan in character as Bengali babu Bhaskor Banerjee cycled through heritage old Kolkata unrecognized and relived memories of the days he lived and worked in the City of Joy. Then too, as in Gulabo Sitabo, the actor who is one of India’s most recognized figures was in makeup and attire for his character and was able to move around the city and mix with the locals without any hindrance. 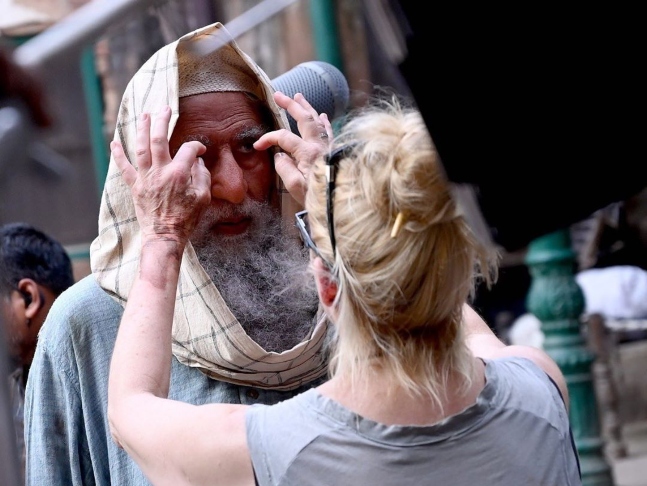 Recommended Read: It's not a personal decision: Shoojit Sircar addresses theatre owners' disappointment with 'Gulabo Sitabo' getting an OTT release

In Gulabo Sitabo, which releases on Amazon Prime Video on June 12, the veteran actor plays the role of an irascible and sharp-tongued old landlord. For which his appearance had to be transformed and he had to wear a prosthetic nose. Sircar, who feared there would be mobs following Mr. Bachchan, was amazed to find the actor venturing out and mixing with the locals. “We shot in the congested Hazratganj area of Lucknow and nobody realised the old man with the big nose was Amitabh Bachchan,” the director said.