Advertisement
HomeBOLLYWOODENTERTAINMENT NEWS'What a wonderful father he is, I was not even one percent of what he is,' says Jeetendra praising son Tusshar Kapoor

Jeetendra, 78, said lockdown and age made him realise that when he was a busy actor, he missed out on spending time with his two children-son Tusshar Kapoor, who is an actor, and daughter Ekta Kapoor, a producer. The veteran actor had a quarantine special birthday with his family last month. Talking about it with a smile, he told, "That is my world."As for coping with the ongoing lockdown, he said, "I am into constructions now. I just have to give instructions. I don't have to go to keep the bricks and all. I don't go out much for work. So, things haven't changed much. But one thing I have learnt during lockdown is that when I was a busy actor, I could not give much time to my children. I missed that."

Recommended Read: They will never party again like this: Ekta Kapoor shares throwback pictures of Rishi Kapoor with father JeetendraLooking at Tusshar with his son makes him realise what he couldn't be. "When I look at Tusshar, he makes me proud. What a wonderful father he is. I was not even one percent of what he is. This is all the realisation that has come with age and lockdown. After all, you learn till you go to your grave."Jeetendra had an active acting career from the sixties to the nineties. There was a time when he would have nine releases in a year. Looking back at those days, the actor said, "You know how we used to work? I come from a middle-class background. I was so insecure. We used to start working from 7am to 1pm at one place, then 1pm to 5pm at another place then 6pm to 10pm at another place. Whenever there used to be just two shootings, we used to feel jobless. Now look how things have changed! People do one movie in a year. And they are happy, comfortable and confident."

He shared that even the pattern of releasing films has changed in the country. "When a film released in Mumbai or Delhi, films didn't release simultaneously. There was a movie called 'Do Raaste'. It was a very big hit of Rajesh Khanna. It was first released in Mumbai and then in Delhi after 10 months. Can you imagine? Now within two weeks, everything is over," he said.In the last few years, Jeetendra was seen making appearances in reality shows on television. As for the big screen, he featured in a song along with many of his friends in Om Shanti Om back in 2007. He returned to acting with his daughter Ekta's production, Baarish 2, which recently released on ALTBalaji and ZEE5. It marked his debut in the digital world. "An actor is an actor. You keep a camera in front of him and tell him to act, he will act. But making me act after such a long time was amazing. Being a part of Balaji, it was like a homecoming. The cast and crew were very warm and friendly. I could see the amount of respect and love they had for me. I simply loved the vibe on the set, full of positive energy," he said. He did struggle a bit though, coming back after all these years. "My memory side has gone for a full toss. I could not remember the long lines properly. But the director was so wonderful. He made me feel comfortable," he said.Did the experience prompt him to act more? "You should never say no. You never know. Whenever Ekta has asked me, I have never said no to her," said Jeetendra, who had also played a cameo in her hit TV show Kyunki Saas Bhi Kabhi Bahu Thi years ago. "When you are young, you are fond of watching films and then you want to act in films. I became an actor. My hobby became my profession. It is a very beautiful thing. But coming back at the age of 78... is not coming back," said Bollywood's Jumping Jack. 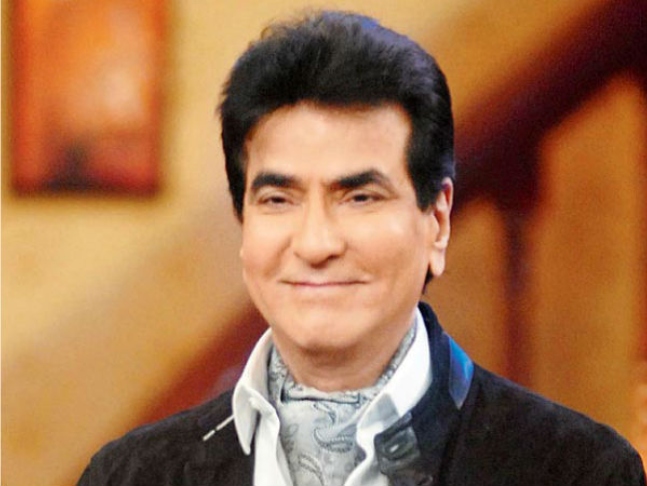 He did notice a lot of changes, but he believes that 'change is a way of life'. "After every two years, there is a new technology. Earlier TV was the craze. A lot of movies started coming on TV, too. Now it's the OTT platform," he said touching upon the topic of filmmakers directly releasing films on OTT platforms. "The idea is to entertain people in any form. OTT will grow by leaps and bounds. It will become a way of life. But the theatre will never go away. It has the charm of outing -- going out to a place, the cafeteria, meeting people there and enjoying a movie with a lot of people. See a movie alone and see a movie with a crowd, you will enjoy it differently," said Jeetendra.He might not be making a comeback on the big screen anytime soon, but his 1980 film The Burning Train is being remade. "There was a time when I was only doing remakes -- from Telugu to Hindi and all," he said, recalling a string of his biggest hits including Himmatwaala, Tohfa, Mawaali, Maqsad, Jeene Ki Raah, Jigri Dost and Khilona among many more. "So today when I see somebody making a remake of my film, I think the people making the remake are better judges than me. I am totally disconnected from cinema. I cannot pass a comment on this," he added.