Advertisement
HomeBOLLYWOODENTERTAINMENT NEWSIf I wish to make a Tanhaji today, I have to deliver at the box office: Akshaye Khanna on venturing into production

If I wish to make a Tanhaji today, I have to deliver at the box office: Akshaye Khanna on venturing into production

In recent times, superstars of Bollywood are restricting themselves to just acting in films. A number of them, including Ajay Devgn, Shah Rukh Khan, Salman Khan, Aamir Khan, Anushka Sharma, Deepika Padukone and many others have taken a step forward to produce great cinematic content. While they are busy backing content-driven blockbusters, Akshaye Khanna confessed that he isn't planning to don the hat of a producer anytime soon. The actor, during an interview with a leading daily, cited Tanhaji: The Unsung Warrior's example and told that Ajay could task the risk as he has delivered his goodwill at the box-office and has earned the status to draw an audience to the theatre. Adding that nobody would make a Tanhaji with him, Akshaye went on to state that if he had to make the period drama, he has to firstly deliver at the box-office.

“Today Ajay had produced Tanhaji, which is a Rs 100 crore film. How is he being able to do it? Because his films at the box office earned that status for him, he has delivered his goodwill at the box office by giving successful films. He is taking a risk with producing the film himself too, which is even more credit to him. You have to earn it. Today, nobody will make a Tanhaji with me because the economics won’t work. It may change tomorrow, but one has to be honest about it. One cannot live in a bubble. If I wish to make a Tanhaji today, I have to deliver at the box office, which plays the most important role in the success of a film,” Akshaye told. 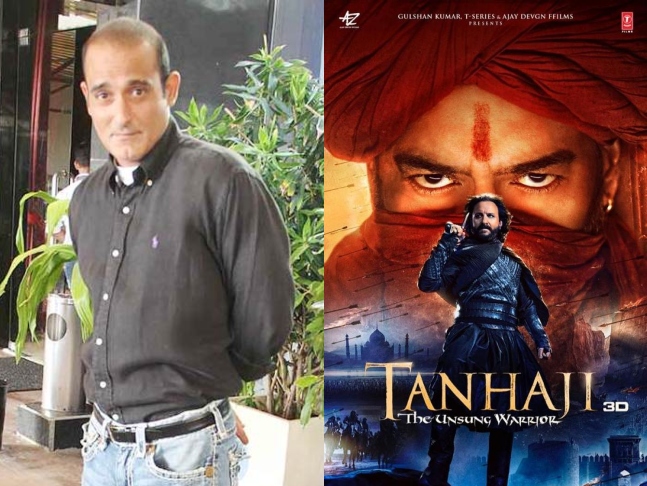 Hinting at a bleak chance of producing films, Akshaye told that to bankroll one, a person needs to large-hearted and generous. Calling himself selfish, the actor stated that he can't look at the bigger picture. “I don’t know what my future will be, I don’t know what’s going to happen tomorrow, but as of now, I don’t see myself as a producer. To be a producer you have to be a generous person, large-hearted. He has to be a peoples’ person. A producer has to be a person who readily gives in, but my creative energies are very selfish. I am very selfish, I think about myself and I don’t look at the larger picture,” Akshaye added.

Workwise, Akshaye was last seen in Sab Kushal Mangal earlier this year and delivered a solid performance in 2019's Section 375 opposite Richa Chadha.