Advertisement
HomeBOLLYWOODENTERTAINMENT NEWSIt is a big-screen film and makers wouldn't want it on any other platform: Vaani Kapoor clears the rumours about Ranbir Kapoor's 'Shamshera' releasing on OTT

It is a big-screen film and makers wouldn't want it on any other platform: Vaani Kapoor clears the rumours about Ranbir Kapoor's 'Shamshera' releasing on OTT

YRF’s action-adventure Shamshera, starring Ranbir Kapoor, Vaani Kapoor and Sanjay Dutt, promised to be one of the big surprises of 2020. While Aditya Chopra has kept the details of the film under wraps it looks like the release of the Karan Malhotra-directorial will now be pushed from July 31 in wake of the COVID-19 pandemic. 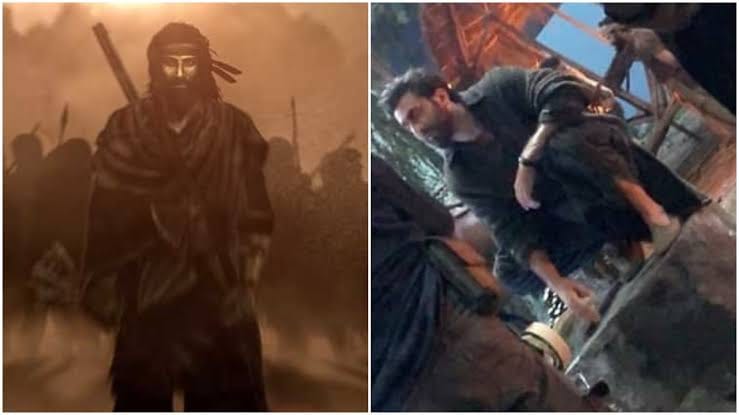 Interestingly, several films are now aiming at a direct-to-web release like the Ayushmann Khurrana and Amitabh Bachchan starrer Gulabo Sitabo. When asked if Shamshera will do the same, the actress quipped, "We're just hoping for whenever this ends because I am pretty sure that makers will wait it out for lockdown to get over and for things to come back to normal for them to release the film. Because, Rajeev, whatever that I have seen from the film, whatever little I have been able to watch, I know and everybody else who's a part of the film knows that it is a big-screen film and they wouldn't want to release it on any other platform."

Shamshera is said to be a larger-than-life entertainer with jaw-dropping action sequences and breathtaking visuals. The film was also shot in Ladakh and has Ronit Roy, Ashutosh Rana, Sharat Saxena and Saurabh Shulka in the supporting cast. Now what fate will it witness, it is still left to be seen.