Advertisement
HomeBOLLYWOODENTERTAINMENT NEWSWatch: Kartik Aaryan’s mom scolds him for not sharing Mother’s Day post, the actor says, ‘I get lakhs for each post, will you pay?’

Watch: Kartik Aaryan’s mom scolds him for not sharing Mother’s Day post, the actor says, ‘I get lakhs for each post, will you pay?’ 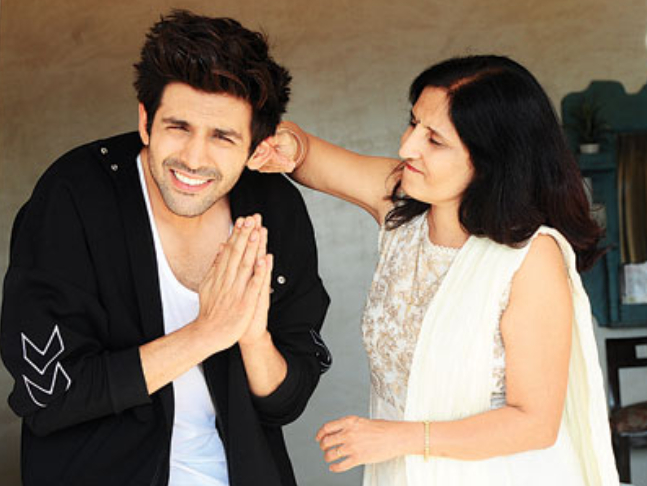 When the entire world was busy sharing Mother’s Day posts and expressing their gratitude towards their moms, Kartik Aaryan was hilariously getting trolled by her. Kartik's mother Mala Tiwari took a dig at him for not sharing a Mother's Day post on social media. Apparently, the actor not sharing an appreciation post for his mother has not gone too well with her. He has now shared a video where his mother can be heard complaining about him not sharing a Mother’s Day post for her.

Kartik took to Instagram, where he shared a video that has him being scolded by his mother. He captioned the video, “Maa ki Mamta.” In the clip, Kartik seems busy with some work when his mother admonishes him, saying that while celebrities have been sharing selfies with their moms, he hasn't posted any photo with her. Watch the video below:

RECOMMENDED READ: Kartik Aaryan’s mother scolded him for not sharing a Mother’s Day post for her.

Kartik, whose social media game is always on point and is doing great with his Koki Poochega YouTube series says, “I get lakhs for each post, will you pay?" To which, his mother funnily replies, "I will give you ‘one laat (kick)'. The aunt from Bhopal has called twice. Now quickly post a selfie with me."