Advertisement
HomeBOLLYWOODENTERTAINMENT NEWSActors to do their own makeup and hair styling at home once shooting resumes, FWICE and CINTAA share new guidelines and strict measures

Actors to do their own makeup and hair styling at home once shooting resumes, FWICE and CINTAA share new guidelines and strict measures

The Coronavirus pandemic has not only wreaked havoc across the globe but is also bringing several changes in how we lead our lives. With everyone stuck in lockdown and work put on a standstill, filmmakers, producers and studios are worried about the losses and measures to be taken when the lockdown is removed. Apparently, cine bodies are formulating a plan on how to resume work once everything goes back to normal. Reportedly, the cine bodies are hoping things resume by July and have made a few guidelines about how things will be charted once shootings and productions come back on course.

Reportedly, Cine & TV Artistes Association (CINTAA) and Federation of Western India Cine Employees (FWICE) had a virtual meeting on Monday after new working guidelines were released by the Producer’s Guild headed by Siddharth Roy Kapur. The new guidelines says that before resuming shooting schedules, the crew must go through swap test and reports must be provided of their daily temperatures of every member of the unit every morning. Actors will not be able to bring their entourage on sets and will have to do their hair and makeup at their home and come to the sets ready to go. They will also only be allowed to bring staff members to the shoot. 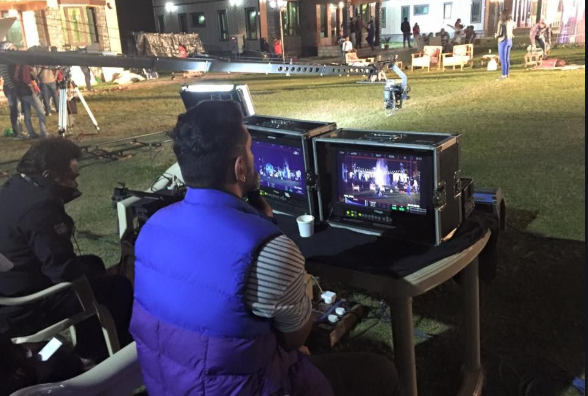 Another online portal reported that the guidelines have also mentioned that doctors and nurses will have to be present on the sets. For a 12-hour work shift the producers will have to provide four masks to each member of the crew and people above 60 years of age are to be avoided being hired for at least the first three months once the shoot starts.

FWICE President BN Tiwari was reported saying that health of the artists will not be risked and the organization will be pitching in insurance for the workers as well. He also hinted that July is the tentative month that they feel the shoots can resume.