Advertisement
HomeBOLLYWOODENTERTAINMENT NEWSThe film has been envisioned and made to be experienced on the big screen: Kabir Khan denies direct online release of Ranveer Singh and Deepika Padukone starrer ‘83

The film has been envisioned and made to be experienced on the big screen: Kabir Khan denies direct online release of Ranveer Singh and Deepika Padukone starrer ‘83

Kabir Khan’s sports drama ’83 starring Ranveer Singh as cricketing legend Kapil Dev and Deepika Padukone as his wife Romi Dev is one of the most-awaited films of the year. The film was scheduled to release on April 10, but due to Coronavirus pandemic, its release has been postponed indefinitely. With its release postponed, several speculations are rife that the film might get a digital release directly. However, now Kabir has refuted these rumours.

Kabir confirmed that several digital platforms have approached the makers with a whopping sum of money to release the film directly instead of waiting for a theatrical release. Trade estimates have pegged that the film may ear over Rs 300 crore upon its theatrical release. However, Kabir dismissed the rumours and said, “’83 is a film that has been envisioned and made to be experienced on the big screen and we are ready to wait for things to get normal and then release it in cinemas.” 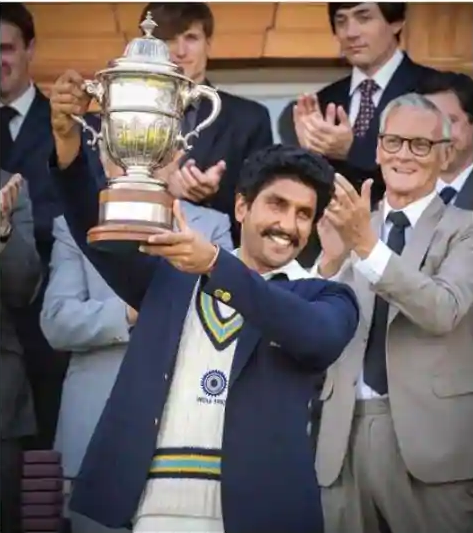 Earlier, Reliance Entertainment Group CEO Shibashish Sarkar had also reiterated that there is no plans for the film to have a direct OTT release and said, “There is no truth in this. As producers and even the director, we all are on the same page that we want to wait for theatrical release for next few months. We will first complete the film then we will wait. If six or nine months down the line, the situation becomes much worse, we will take a call at that time. There is no hurry. Everybody has shown interest in this project but we are not engaging in any discussion for a straight-to-digital release currently. We will wait for the next four to six months before taking any further call.”

‘Needed someone who can represent what Elvis Presley represented in

Shehnaaz Gill breaks her silence on rumour of quitting Salman Khan's Kabhi Eid Kabhi Diwali, says 'can't wait for people to watch me in the film'