Kareena Kapoor Khan and producer Rhea Kapoor share a great camaraderie with each other and they showed it on the recent episode of the former’s radio show What Women Want. In the last fun segment of the show, Kareena decided to play a game and asked Rhea to name which member of the Kapoor clan would be the best fit for the following professions. Among the professions that were up for grabs were jobs like masseuse, carpenter and therapist and stripper.

However, Kareena herself answered one of the questions and said that Rhea would make a good stripper. She said, “I think you should take this.” Rhea soon quipped and joked that as revenge she would make Kareena play a stripper in her next production Veere Di Wedding 2 and said, “I have taken it and I think Kalindi (Kareena’s character in the film) is becoming a stripper in Veere Di Wedding 2. I have given breaking news.” 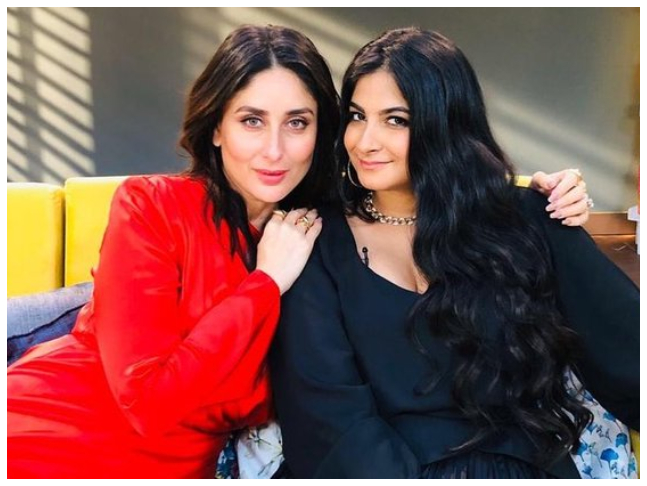 Rhea replied that she was the one who asked her not to be so covered up, to which Kareena said, “You love it. That’s why the stripper is Rhea Kapoor.” Veere Di Wedding was a runaway hit and starred Kareena, Sonam Kapoor, Swara Bhasker, Shikha Talsania and Sumeet Vyas in the lead roles.