Actor-comedian Kiku Sharda feels bad that Irrfan's comeback film Angrezi Medium didn't get a proper run at the box-office owing the shutdown of theatres all over India in the wake of the escalating COVID-19 pandemic. The movie later had its digital release. "It's crazy and really sad. I really wish that 'Angrezi Medium' would have released a little earlier or little after -- at least, we would have had a proper release. The movie was taken down after one day of release. It is such a beautiful film and Irrfan Khan hasn't done a film in a long time, given his health conditions. It was such an important thing for everyone to see him, and I was really hoping that people would get a chance to see him in theatre," said Kiku. 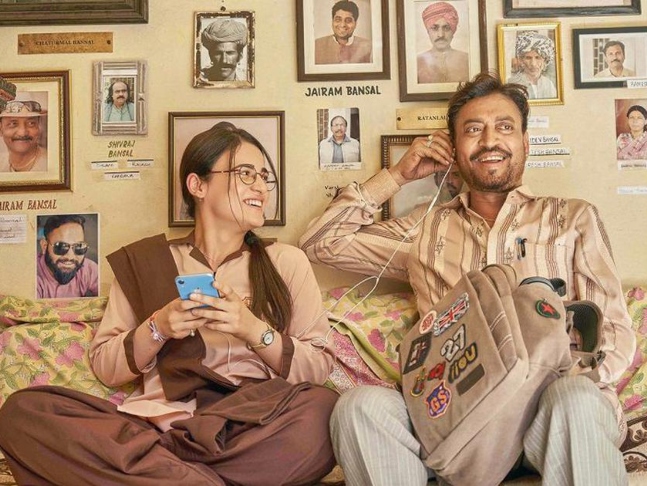 Apart from Irrfan and Kiku, the Homi Adajania-helmed also features Radhika Madasn, Deepak Dobriyal, Ranveer Shorey, and Kareena Kapoor Khan. "The response of people who have seen the film is great. People have reached out to me on social media platforms and praised the movie. And of course, everyone is talking about the great ensemble cast. Each and every character is being praised, every actor is apt and remarkably good in the role they performed. The chemistry between Irrfan Khan and Deepak Dobriyal was very much appreciated. People are in awe of the story as well. It is such a beautiful story of a father and a daughter, and it is such a positive film," he said.

Kiku also said that Irrfan Khan was the reason he agreed to do the film. "I knew Irrfan was doing the movie and that was reason enough for me to join the ensemble cast. I knew my character and brief, but the selling item was Irrfan Khan. I would get to work with him, share screen space with him, so that was enough for me. I have loved, adored and admired Irrfan Khan's work. Some of his movies are remarkable. So, working with him has been an honour and pleasure for me," he said.