Trust Swara Bhasker to take a stand on her beliefs and go all out to support what she feels is right. Considered as one of the most outspoken stars in Bollywood, the actress never shies away to make bold statements, no matter how much backlash she receives for it. The actress is highly active on social media and constantly voices her opinion on numerous ongoings in and around the country and the world. Some of her social media posts have caused major controversies and have been at the target of trollers. Though the actress has always managed to shut them like a boss, her opinions often divide the social media and cause a major stir.

Today, as the actress turns 32, here are 10 powerful statements that only Swara could have managed to make publicly. Here's why we need more women like Swara in Bollywood!

Padmaavat Open Letter: The actress wrote an open letter to Sanjay Leela Bhansali who directed Deepika Padukone starrer Padmaavat. She wrote in the letter she felt reduced to a vagina at the end of the film and criticized him for glorifying Jauhar. Her letter invited tons of reactions on social media with many people writing that there was no need for creating a controversy here.

Views on Pakistan: During her film Veere di Wedding promotions, the actress slammed Pakistan and called it a failing state. The actress contradicted her own comments as in 2015 when she visited Pakistan, she said that it's the best country she has ever visited and praised it on interviews there. Her comments invited wrath from both sides of the border. 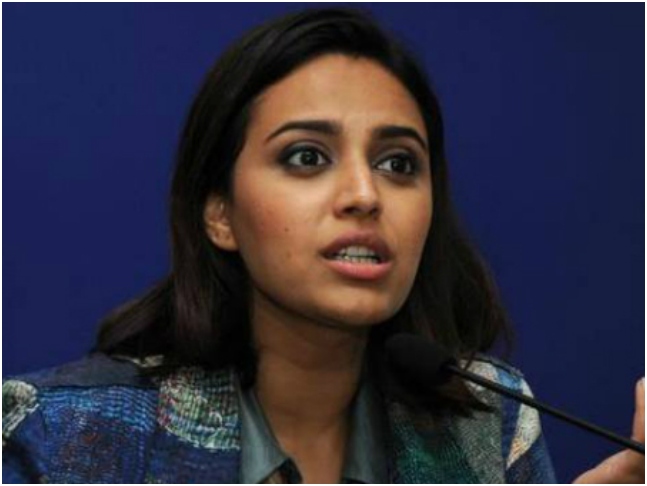 MSG Controversy: The actress lent her support to her mother Ira Bhaskar who was a CBFC member and also to the then chairperson Leela Samson. Both Ira and Leela had resigned over the clearance given to self-styled godman Ram Rahim's MSG: Messenger of God and alleged that the government officials were pressurizing them to clear the film. A lot of Ram Rahim's followers went after Swara on Twitter. 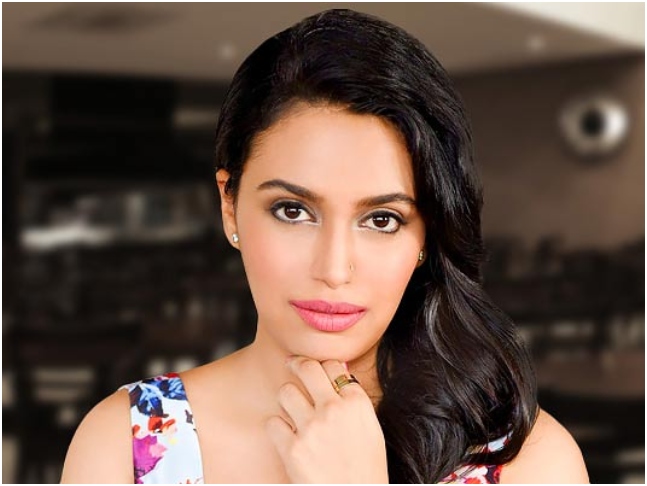 Paresh Rawal Controversy: The actress slammed Bollywood actor Paresh Rawal over his tweets on author Arundhati Roy. He had tweeted that Roy should suffer the same fate as one stone pelter did (tied to a jeep by an army man). Swara wrote that she was disgusted at his statements but a lot of people went after her calling her anti-nationalist.

CAB Protests: "Shocking messages of violence, tear gassing from #Jamia in #Delhi ! Why are students being treated like criminals? Why are hostels being tear gassed.. ??? What is going on #DelhiPolice ???? Shocking and shameful! #CABProtests"

CAA-NRC:  "What Really Happened in Lucknow! :) An edited three minute clip of my interaction with a Godi Media journalist were circulated today to make it seem like CAA-NRC - NPR protestors don’t know anything! Thankfully some friends did their own edit job which gives a clearer picture.
logic/ !" 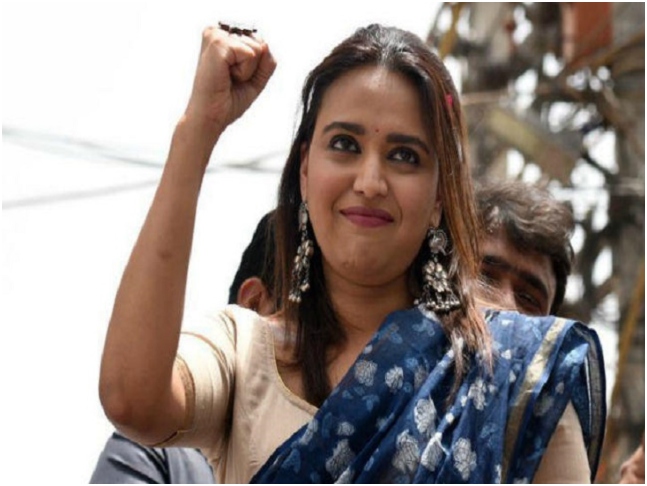 Muslim Stereotyping: Swara Bhasker took to Twitter and quoted a tweet of screenshots shared by a Muslim woman who spoke against ‘stereotyping’ on her office WhatsApp group. Swara hailed the woman for speaking up and wrote, "Good on you for standing up to this bullshit hate mongering and vicious stereotyping Noorain #staystrong There still is a part of #India that will stand against this hateful BS!"

Religious Debates During COVID-19: "Recent news from around the country and the world ... any outrage? Any interesting religion naming headlines??? Any lapdogs frothing at the mouth on #PrimetimeNews ? #justasking"

Twitter Controversies: Basically, if I’m not involved in a #twittercontroversy once a week, assume I’m dead!!!

Before and After: Karan Johar gives a tutorial on how to colour hair,

'It did not bother us, we are good friends even today': Sonakshi Sinha reacts to link-up rumours with former co-star Shahid Kapoor